Bulls Back In Control? Why Bitcoin Miners Could Be The Key To Break $40,000 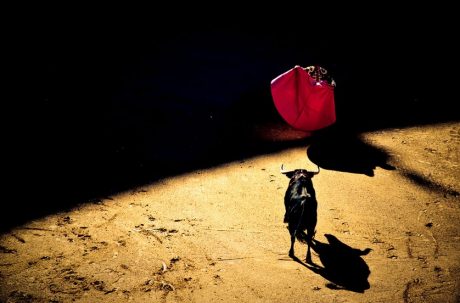 Bitcoin trades at the high of its current range after a short squeeze pushed it beyond all resistance levels. The first cryptocurrency by market cap records a 13% profit on the daily and a 21.1% profit on the weekly chart and trades at $38,622.

The move to the upside came as a surprise for most of the traders as Bitcoin’s price on Binance Futures even managed to break above $48,000 for a brief moment. Funding rates across exchange platforms were negative and have since turned positive as traders seem to expect further upside.

QCP Capital claims that the general sentiment in the market has flipped “decisively bullish into the weekend”. When BTC’s price approached the $35,000 and $36,000, bears displayed weakness and were unable to support a compelling pullback.

The main catalyzer for this short squeeze came from Amazon and their alleged plan to integrate Bitcoin and other cryptocurrencies into their platform. QCP Capital said:

In spite of the sharp move higher, the market does not feel particularly stressed. Vols have rallied only modestly and only in the very short dates. Furthermore, risk reversals remain skewed to the downside even as we close in on the 40k pivot level in BTCUSD.

Thus, the firm believes the move to its current high is a bounce-back into a “neutral state” after an extended period of selling pressure. $40,000 is currently a major resistance zone, Bitcoin has been rejected around this area every time it has tried to reclaim more upside.

Amazon could continue to play a big role, QCP Capital said, if they confirm the rumors on their Bitcoin and blockchain program, the first cryptocurrency could finally muster the strength to flipped $40,000 into support and make a move towards $50,000.

A separate report made by research firm ByteTree found that Bitcoin miners have started to re-accumulate BTC. This sector was heavily hit by China’s crackdown on their operations and was forced to migrate.

Thus, many resorted to selling BTC to cover the cost of relocation. As seen below, the miners’ BTC inventory decrease at the end of June and mid-July affecting the price of Bitcoin.

The trends seem to be reverting, as BTC’s price moves higher. The research firm said:

Technically, the Bitcoin blockchain is healthy, but miner’s inventory has been on an upward trend over the past month. (…) historically inventories tend to consolidate or rise during weak or bear markets.

Despite the bullish news and sentiment, Bitcoin must break away from its current range, the top sits at around $41,000. The price direction is yet unclear but could continue to move higher if the bulls have enough conviction. Fundamentals seem to be on their side, as analyst William Clemente said.

Illiquid Supply RSI has flashed the first buy signal since November of last year. Supply squeeze is just getting started.

This looks at the broader trend change in accumulation behavior by running a 365-day stoch RSI over the 30-day net change of illiquid supply. pic.twitter.com/HRzT1szoen