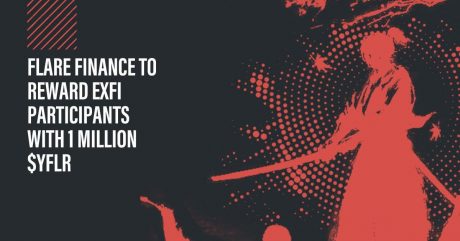 Flare Finance has announced that they will reward the participants of the ExFi platforms with a 1m $YFLR pool. 650,000 $DLFR have been allocated to the participants who take part in yield farming by staking in the SGB, SGB/CAND, and DFLR farming pools. 350,000 $DFLR has been reserved to reward participants who mint Canary Dollar (stable coin) and stake in the pools on FlareLoans. The distribution of rewards will take place over 63 days ensuring consistent testing of all the products.

Once the main Network is launched, participants who have earned $DFLR on the ExFi platform can migrate their $DFLR to the Flare Network and receive the $YFLR on the main network. It is important to note that Flare Finance will be rewarding and later airdropping $DFLR which will have to be converted into $YFLR. This needs to be done by everyone who has received $DFLR after the snapshot. The snapshot of Spark token holders will be taken a month after the Flare Network launch.

Flare Finance has announced the launch of the Experimental Finance platform to ensure that only battle-tested products reach the mainnet and all the risks get eliminated on the ExFi platform. The experimental network called Songbird will be launched by Flare Network. It will exist even after the mainnet to enable developers to deploy and test newer products. The utility token of the platform would be $SGB with a fixed supply and 10% inflation per year.

The first Experimental Finance platform on Songbird will enable developers to test different scenarios on the platform. However, not all products created on the ExFi platform are expected to make it to the main network. The ExFi platform will have no governance portal allowing it to be tested bare bones using the $SGB, $CAND, and $DFLR. Once the main network is launched; the governance is expected to begin together on both the Main and Experimental Network.

Users have the opportunity to test the network before its launch and earn $YFLR in the process. Besides, it will also help them in crafting strategies once the Main Network is launched. This ExFi platform will also allow users to gain experience, test the network, and get a feel of things to come on the main network. The BETA program will also be revised to fit the new schedule. More information will be revealed in the coming days by Flare Finance.