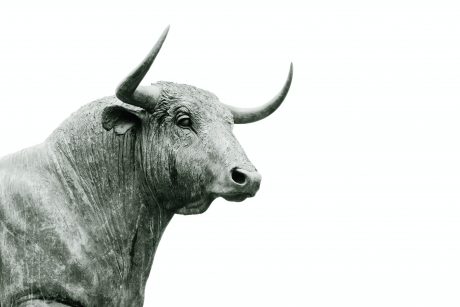 PlanB, the popularizer of the Bitcoin stock-to-flow (S2F) model, says the current bull run still has a second leg remaining.

PlanB “Awaiting” The Second Leg Of This Bitcoin Bull Market

According to PlanB on Twitter, the S2F and S2FX models predict a second leg in the current bull run that will bring new highs for BTC.

As the name may suggest, the Bitcoin S2F or stock-to-flow model is based on the ratio between the stock (supply) and the flow (supply).

The model is actually a general one, meaning it can be applied on any commodity. Higher the S2F value, more scarce is the asset.

The method has been popularly used for precious metals like gold and silver, while PlanB applied it to Bitcoin. Here is how the current S2F price chart for BTC looks like:

The price as predicted by the Bitcoin S2F model | Source: buybitcoinworldwide.com

As the graph shows, BTC’s price seems to be treading remarkably close to the line predicted by the S2F model. There are certain regions of deviations, but the overall trend seems to be intact nonetheless.

Related Reading | A Generational Bitcoin Buy Signal Is Almost Back

The two green lines in the chart show the price targets as predicted by the S2F and S2FX models. The S2FX model is a slight modification of the original S2F method.

As the above chart shows, both the rallies after a halving in 2012 (cyan) and 2016 (blue) seem to follow a specific pattern. The peak seems to have shifted later for the 2016 run as compared to the 2012 one.

If there is indeed a pattern here, the current bull run isn’t over and a peak is yet to be reached. Since the time period between the halving and the peak seems to be only going up, the current one will still take a while longer to reach it. This is the “second leg” PlanB awaits.

At the time of writing, Bitcoin’s price is just under $36k, up 15% in the last 7 days. Here is a chart that shows the trend in the coin’s value over the past 3 months:

Bitcoin has continued to move up over the weekend as the coin breaks above $45k for the first time since 16 May. It’s unclear whether the crypto can retain the trend and keep pushing forward, or if it would hit another resistance wall and slip back down.

If the S2F pattern indeed holds, then perhaps BTC is headed towards a bull run right now. A related S2F indicator also suggests the coin will move on a tear now that it has touched an important trend line.