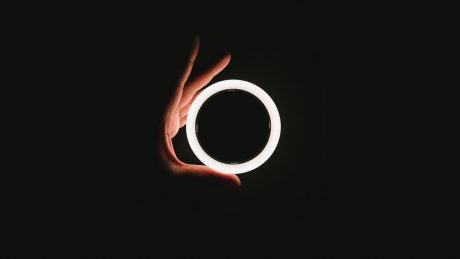 The company behind the increasingly popular USDC stablecoin dreams big. Circle wants to leverage its know-how and good reputation to become “a global digital currency bank.” That means it’s also looking into becoming a digital currency bank in the US. Their plan’s announcement focused on that region of the planet, but the wording makes it clear that they’re ultimately looking for worldwide domination.

According to Coindesk, “this would be an industry first, with a scope far beyond the OCC banking charter already conditionally issued to Anchorage, Paxos and other crypto-native financial services firms.” The company’s aim is to provide “frictionless, instant and nearly free payments that combined fiat reserve currencies with open, permissionless blockchains, and eventually building on these open networks to support new forms of capital formation and intermediation.”

It’s the project ready for prime time or in its infancy? Did they file the documents already? Will they be able to pull this off? Keep reading for extra clues and info.

USDC price chart for 08/10/2021 on Bitbay | Source: USDC/USD on TradingView.com
Circle Played Nice With Governments From The Get-Go

The USDC stablecoin is issued by CENTRE, a joint venture between Circle and Coinbase. Their aim is “to conform with stringent U.S. money transmission supervisory and regulatory standards.” In contrast Tether, their main competition, is famous for the probe that the US Department Of Justice launched against them.

Since regulatory compliance is their forte, Circle spends half of their announcement praising their own transparency and USDC’s liquidity even “in times of intense demand to redeem USDC”. To prove that, they provide an independent accountant report that highlights the “composition of USDC reserves, including the credit quality of the underlying assets.”

Related Reading | Tether (USDT) To Face Do or Die Situation in 2021: Messari Report

Why does all of that have to do with their plans to become a national digital currency bank? It proves that they’re in tune with the US Government.

Now, with USDC at more than $27.5 billion in circulation, and building on our long-standing commitment to trust, transparency and accountability in the dollar-denominated reserves backing USDC, we are setting out to become a U.S. Federally-chartered national commercial bank.
Circle intends to become a full-reserve national commercial bank, operating under the supervision and risk management requirements of the Federal Reserve, U.S. Treasury, OCC, and the FDIC.

Other Big Plans For The Crypto Company

Recently, Circle announced its intention to go public before the end of the year. According to Coindesk, the company “partnered with a special purpose acquisition company (SPAC) to go public later this year. The deal valued Circle at $4.5 billion.” Also, their USDC project will soon go live in multiple blockchains. As NewsBTC informed:

It will soon be available in, “Avalanche, Celo, Flow, Hedera, Kava, Nervos, Polkadot, Stacks, Tezos, and Tron.” That will bring the total to 14; since USDC is already functional in Ethereum, Algorand, Stellar, and Solana.

In related news, NewsBTC recently highlighted a Messari report that shows USDC is the most used stablecoin in DeFi.

From what Ryan Watkins, a credible researcher, predicted, the stablecoin share for Tether on Ethereum could dip below 50%. In addition, Watkins revealed that more than half of USDC’s total supply is now in smart contracts.

The equivalent value for this USD Coin supply is about $12.5 billion. According to Messari, CoinMetrics data estimates show that USDC’s stablecoin supply is over 40% on Ethereum.

However, none of that guarantees that their plans to become a global digital currency bank will come true. Keep the NewsBTC tab open for further information on this developing story.

Featured Image by Chaitanya Tvs on Unsplash – Charts by TradingView