Could The New “China Model” Be The Reason The Country Banned Bitcoin Mining? 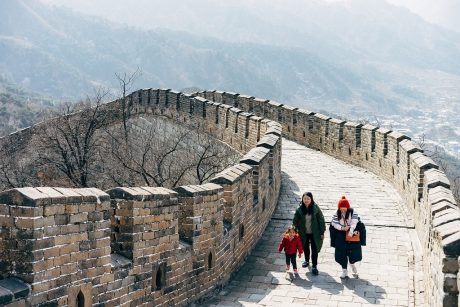 What is the new “China Model”? And why would that country ban an industry that made them the ultimate leaders in the most important development in recent times? The world is still scratching its head. There has to be something else to this story. Is it only control that they want? Or does China have a secret plan nobody’s been able to figure out?

We at NewsBTC have been studying the case, looking for clues, reporting on related news. After the ban, when Bitcoin’s hash rate collapsed, we posed Bitcoin Magazine’s Lucas Nuzzi’s theory that it all had to do with the Digital Yuan, China’s CBDC. Then, we found out Chinese entrepreneurs are selling small hydropower stations and wondered if decommissioning them was part of their plan. After that, the shocking reveal that China’s dominance over Bitcoin mining was already waning before the ban raised more questions than answers.

The fine people at Bloomberg might’ve found new clues by tackling a related but different question. In the article titled “The China Model: What the Country’s Tech Crackdown Is Really About,” they pose a theory about the reasons behind the government’s attack on Alibaba and DiDi. Two of China’s giant unicorn tech companies, also world leaders in their respective fields. Bloomberg thinks that, after following Silicon Valley’s footsteps for years, China is trying a new model.

Do they have a case or do China’s motives remain a mystery for us westerners? Keep reading to find out.

What Does The New China Model Consists Of?

The article starts by summarizing what happened when Uber-clone DiDi and “Alibaba’s fintech offshoot, Ant Group Co.” tried to go public in the United States. The Chinese government started actions against both companies. Alibaba’s Jack Ma disappeared from the public eye as a result.

“Just because you are a highly successful tech company does not mean you are above the CCP,” says Michael Witt, a senior affiliate professor of strategy and international business at Insead in Singapore. “Ant Group and Jack Ma found that out for themselves last year, and it is surprising DiDi did not get the message.”

What does this “China Model” have to do with Bitcoin mining? Well, the Chinese government seems to be cracking down on everything huge and technological that isn’t aligned with their interests. And we in the industry know how much Bitcoin those immense mines were producing.

“China is actually taking the lead in setting some boundaries around the power of Big Tech,” says Thomas Tsao, co-founder of Gobi Partners, a venture capital firm based in Shanghai. “People are missing the bigger picture. They’re trying a new model.”

Is Size the Problem For The Chinese Government?

As we learned when we analyzed the “The Death Of China’s Bitcoin Mining Industry” article, individuals can still mine. China only banned industrial Bitcoin mining.

“Despite the government’s hardline approach, Ye is determined to carry on: “This industry is extremely volatile. High emotions and stress are involved, but that’s also its appeal. Companies are banned from mining Bitcoin, but individuals aren’t,” Ye said, adding that he plans to turn around his operation by purchasing old equipment and downsizing.”

The Chinese government was only worried about industrial-sized private mining operations. The question is why. What are they planning?

The Chinese government seems to be playing a similar game when it comes to Big Tech.

Andy Tian, who led Google China’s mobile strategy in the 2000s and is now CEO at Beijing social media startup Asian Innovations Group, says it will be “positive for innovation” and “competition in China will be fiercer than in the U.S.,” because smaller companies will benefit from policies that rein in the largest competitors.

And they’re using the country’s unique characteristics to do this fast and mercilessly.

Angela Zhang, director of Hong Kong University’s Centre for Chinese Law and the author of Chinese Antitrust Exceptionalism, says the intervention will reshape the tech industry in China faster than it could happen elsewhere. “The case against Alibaba took the Chinese antitrust authority only four months to complete, whereas it will take years for U.S. and EU regulators to go after tech firms such as Facebook, Google, and Amazon, who are ready to fight tooth and nail,” she says.

BTC price chart for 08/10/2021 on Coinbase | Source: BTC/USD on TradingView.com
What Does The New China Model Want To Achieve?

This is where Bloomberg’s case falls flat. They have no idea what the Chinese are thinking.

If China is abandoning the Silicon Valley model, what will it replace it with? Insiders suggest it will be less founder-driven and more China-centric.

Why is China dwarfing its biggest industries and players? Is the “China Model” just concerned with scale? Or is control their focus? Are they cracking down on people and companies with too much power that work on a global scale? We wouldn’t know. However, this paragraph’s facts and assumptions could provide a clue.

Xi has called the data its tech industry collects “an essential and strategic resource” and has been pushing to tap into it for years. Following a 2015 mandate, cities from Guiyang to Shanghai have set up data exchanges that facilitate the transfer of anonymized information between corporations. This could lead to a nationalized data-sharing system that serves as a kind of digital public infrastructure, putting a massive trove of data into the central government’s hands.

Is it data they’re after? Does Bitcoin’s pseudo-anonymity scare them? Is their crackdown on Big Tech even related to their crackdown on Bitcoin mining? There’s only one thing we can know for sure: China’s making big coordinated moves when it comes to tech. And they seem to have a plan. A new “China Model,” if you will.

Featured Image by Markus Winkler from Pixabay – Charts by TradingView