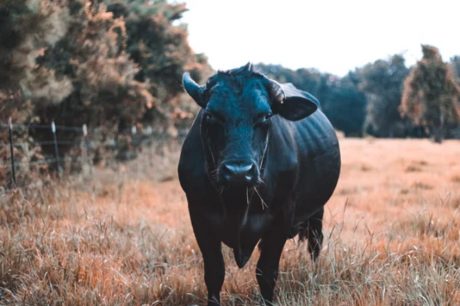 Ethereum is back leading the crypto market rally as most of the coins in the top 10 by the market move sideways in lower timeframes. ETH’s price trades at $3,247 with a 3.1% and 28.8% profit in the daily and weekly chart.

ETH trends to the upside in the daily chart. Source: ETHUSD Tradingview

The second cryptocurrency by market cap has been trending to the upside on the back of a major upgrade, EIP-1559 implemented with Hard Fork “London”. Investment firm QCP Capital records an 85% price increase for ETH from its low at $1,718 during July.

The rally has been mainly spot-driven as the upgrade received a lot of attention from mainstream media. Ethereum has been promoted as “Ultra-Sound money”, due to the deflationary nature of EIP-1559, by several players within and outside the space. Thus, the crypto market has been experiencing a renewed interest.

This has brought back retail investors and speculators, QCP Capital noted, and more buying pressure. In addition, speculators are taking an interest in Non-Fungible Tokens (NFTs) alongside their Ethereum, Bitcoin, and other cryptocurrencies margin trading.

The firm claims that NFTs’ trading volume has been on the rise surpassing that of DeFi protocols and other Ethereum based assets. In total, NFT related transactions have accounted for 21,291 ETH burn after EIP-1559 was introduced.

The amount of burn ETH due to OpenSea, an NFT marketplace, sits above Uniswap v2, one of the most popular dApps and decentralized exchanges (DEX) on the ecosystem. As seen below, OpenSea has even burned more ETH than Tether, Uniswap v3, MetaMask, and others.

The increase in ETH’s burning rate, QCP Capital added, has led to more appreciation, more interest from retail investors, and ultimately more speculation. Thus, creating what they refer to as a bullish self-reinforcing cycle.

Ethereum Brought The Market Up, Can It Take It Down?

However, the firm remains cautious due to possible downside risks in the short term. In a previous report, QCP Capital claimed the following:

(…) we expect a dampened trading environment from here to Aug (short vol), followed by a rally possibly on the back of the EIP-1559 mainnet implementation (long spot, long calls), & then the larger Q4 Wave 5 selloff on the Fed’s taper (sell spot, buy downside risk reversals).

The U.S. Federal Reserve and its monetary policy continue to play an important role across the markets. QCP Capital warned about a potential move to the downside if the Consumer Price Index (CPI) data suggest less risk of inflation. Thus, increasing the possibility of tapering from the FED.

The recent crash in commodities and precious metals adds another variable. Bitcoin and the crypto market have shown a strong correlation with Gold, a 62% positive correlation in the past according to the firm’s estimates. The precious metal recently loss critical support and could experience a leg down.

Bitcoin, Ethereum, and other cryptocurrencies have recently been inversely moving in accordance with Gold’s performance. However, many experts believe that the two markets could return to a positive correlation in the future. QCP Capital added:

So we remain long delta but we have been buying downside gamma for protection. In options, the frenzied buying of calls in both BTC and ETH across the curve has resulted in a short squeeze (in both spot and vols).