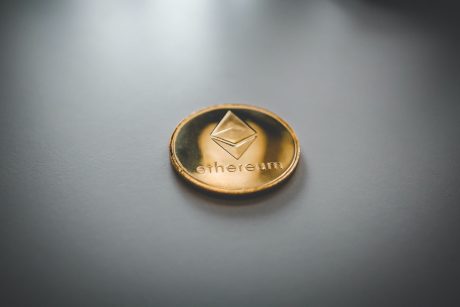 Ethereum pushes further into previous highs north of the $3,000. The second cryptocurrency by markets cap recently received a major upgrade, implemented via the “London” Hard Fork.

This changed the network’s entire fee model and, according to some experts, has attracted new investors into the market. Thus, the main cryptocurrencies by market cap have seen renew bullish momentum.

In a recent call, Ethereum Core developers discussed the hard fork and talked about their priorities for the coming months. Core developer Tim Beiko summarized the main points discussed on the call and the roadmap for the next six months.

In a previous post, Beiko said that the hard fork went “smoothly” overall. However, client teams highlighted certain aspects of the pre and post-London process.

It is a bit early to make a final call given that we’re still early in the merge work itself, but definitely something we will follow up on in the coming weeks/months.

First, the client teams said that the “speed and lack of clear success metric” for the testnet to mainnet deployments have been an issue. Ethereum client teams feel the process is “quick”, “somewhat forced”, and with a lack of agility to react to problems.

Thus, they proposed 4 solutions to improve this issue. First, developers and clients should agree on a specific period that a testnet must meet to be declared successful and implemented on a mainnet.

In addition, they proposed to pre-defined the path to be taken if a problem or bug is encountered. Once a fixed has been implemented, the testnet would need to run for more weeks to declared it successful.

To complement the above proposition, the client teams believe an “automated alert” system could be implemented to operate if an issue is found on a testnet. Alongside a “checklist of required infrastructure for testnet forks”.

The Road To Ethereum 2.0, Merge On The Horizon

Once the Ethereum London Hard Fork was rollout on the mainnet, Beiko said, client teams found it hard to see the changes “actually implemented” besides those described in the EIPs.

Thus, they also proposed to “leave enough time” for client teams to explore the tooling and infrastructure aspects of a hard fork. In that way, they can “help design the non-consensus interfaces”.

Despite that the hard fork, and probably its more important update, EIP-1559, were successfully introduced, developers agreed that they will make more improvements over time. Ethereum core developer Beiko said:

Every team mentioned that, in addition to the consensus changes introduced by the merge, they have a lot of work to do on their clients to improve performance, modularize their architecture to support proof of stake, and onboard new developers.

Core developers and client teams agreed to postpone the difficulty bomb, the increase in the network complexity of puzzles for its Proof-of-Work chain, and add “other one-line changes”. Other EIPs will be rollout on the mainnet after the Merge.

The latter refers to the event that will allow the beacon chain, the network’s Proof-of-Stake blockchain, to be combined with its Proof-of-Work blockchain. Beiko added:

(…) there was some conversation on the call about what to do about the various EIPs which are “pending”. We discussed potentially adding them into the first fork after the Merge, but it’s something we need to do more serious planning around.

ETH on a rally in the daily chart. Source: ETHUSD Tradingview