4 Reasons Why Bitcoin Remains Bullish, What Might Bring New ATHs 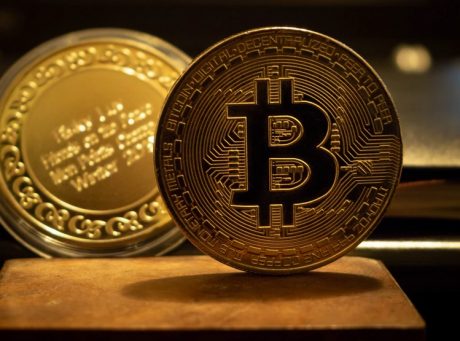 Bitcoin has seen some downside action in the past 24 hours, as it was rejected north of $50,000. The first cryptocurrency by market cap trades at $49,207 with a 2.1% loss in the daily chart.

Investors and experts are keeping a close eye on current levels. As pseudonyms trader CryptoDonAlt said, “this is where the market decides” if the trend will be to the up or downside.

CryptoDontAlt and other traders believe this to be Bitcoin’s last major resistance. Therefore, a break and hold above $50,000 could push the price towards previous highs.

The U.S. Federal Reserve and other major central banks around the world have adopted monetary policies to mitigate the effects of the lockdowns and the Covid-19 pandemic. Investors were expecting a change in these policies for September.

However, as QCP Capital said, the FED might move new decisions to December 2021. Thus, Bitcoin and risk assets have more room for a rally.

On September 14, the U.S. will reveal new data on their Consumer Price Index (CPI), a metric associated with inflation. This event is usually preceded and followed by volatility and will be relevant for the market to decide its trend.

In addition, Bitcoin bulls managed to defeat a strong assault from the bears accompanied by high levels of FUD news. This included attacks to crypto exchanges, the DeFi sector, and the industry as a whole with the infrastructure bills.

QCP Capital believes that there will be less negative news in the medium term. Thus, Bitcoin’s price action will be less affected by news events:

Headline regulatory risk exhausted in the near-term. We expect any significant crypto-related regulatory decisions to come only towards Q1 2022, particularly anything from the Senate Banking Committee & the SEC.

Bitcoin Retail Investors Make A Comeback, Why This Time Is Different

QCP Capital also recorded an increase in demand with no important changes in the derivatives sector. As the image below shows, the Bitcoin rally to all-time highs in Q1 2021 was followed by a spike in funding rates for futures perpetual contracts.

In that way, BTC’s price action was dependent on speculators using leverage. This caused the rally to be unsustainable. At its current levels, Bitcoin-based derivatives and funding rates displayed no signs of a similar investors’ behavior:

In spite of today’s mini funding spike on the rally (up to 20% annualized) funding rates & future premiums in both BTC & ETH continue to be relatively low & muted. This means most of the rally has been driven by demand in physical spot rather than from leveraged speculators.

This could change as Bitcoin moves into its previous highs, but it’s a positive indicator as of now. QCP Capital expects more consolidation at current levels and believes the next month, especially towards the end of the year, could see less appreciation than in 2020.