Cardano Successfully Deploys Alonzo HFC, But Why Is Price Down? 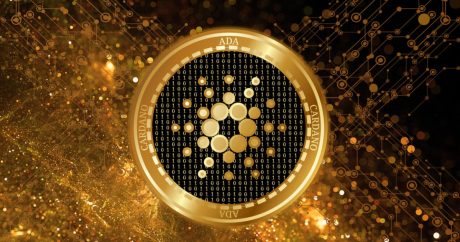 On September 12th, 2021, Cardano successfully completed the final stage of its move to make the network compatible with smart contracts. The long-awaited Alonzo Hard Fork Combinator launch marked the beginning of a new era for Cardano. The developer behind the project, IOHK, took to Twitter to announce the successful upgrade.

The new upgrade has been successful so far, with over 50 smart contracts already deployed on the network, and counting. Alonzo’s Hard Fork Combinator (HFC) marks the end of the road for smart contracts capability. But also marks the beginning of a lot of work yet to be done. The community has so far welcomed the upgrade with open arms. Although one thing remains a problem, the price has not gone up in value. Why is this?

Why ADA Price Is Down

Last week, NewsBTC reported on the possibility of the Cardano smart contracts deployment triggering a “sell the news” event. So far, this seems to have been the case, or what this Twitter user aptly describes as “buy the testnet, sell the mainnet.”  This does not mean that most users dumped their bags. In fact, a report from Cardano shows that at least 71% of ADA’s entire coin supply remains locked up in staking contracts, with the current total of staking wallets at approximately 825,755.

A major reason that the price has not recorded any significant upward movement has to do with the fact that it will take a while before decentralized applications (DApps) are live on the network, as developers will need time to properly test and deploy their apps on Cardano. This means that it will take a while for traffic to pick up on the network. Triggering an increase in the price of the token as more users buy Cardano in order to carry out transactions on the network.

ADA price will most likely trend around its current price point for the foreseeable future while developers work to launch their apps on the network. With the number of smart contracts being deployed on the network, there will be a large influx of DApps coming to the network, leading to a rise in decentralized exchanges and finance on the network.

Only The Beginning Of The Road For Cardano

While the upgrade is a big leap for Cardano, it is no doubt that there is still a lot of work left to be done. To truly be able to compete with already established networks like Solana and Ethereum, Cardano will have some bumps in the road. These will include some good and not-so-good DApps on the ecosystem, and great development teams and terrible ones alike.

Cardano has its work cut out for it given that the ecosystem is a permissionless, decentralized blockchain so it will have to deal with the good, the bad, and the ugly that comes with this.

Security is also a big issue that the network will have to deal with as decentralized applications debut on the network. Already, Cardano has issued a bug bounty in conjunction with HackerOne to find vulnerabilities in its network, offering up to $10,000 in bounty to hackers who report bugs. With all of the hacks recorded in the decentralized finance space recently, it is important that the network is as secure as can be for users to start trading on the network.