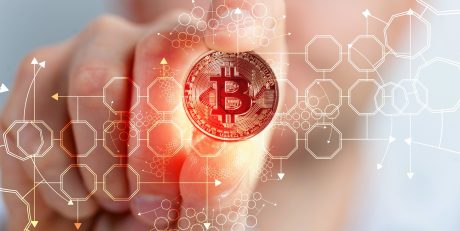 Without consensus on its implications, the Evergrande potential default has impacted the traditional market, and Bitcoin. The first cryptocurrency by market cap started the week with a correction with risk to trend further down.

BTC on a downside trend in the daily chart. Source: BTCUSD Tradingview
Bitcoin Holds On To Critical Support

Pseudonym analyst IncomeSharks claimed that Bitcoin could be at the beginning of a correction. The analyst looked at BTC’s On Balance Volume (OBV), a metric used to measure momentum.

As seen below, Bitcoin has been moving sideways on its OBV since it moved to the upside at the end of July. This coincides with BTC breaking out from its former range, and its current price action.

If Bitcoin break to the downside on its OBV, bulls could face hurdles on their attempts to reclaim previous highs.

In the meantime, the $40,500 to $43,000 will operate as critical support, according to analyst Daan Crypto Trades with $50,000 still operating as major resistance. This analyst said:

BTC I’m seeing $40.5-50K approximately as a big range we’re in. We initially got rejected by the upper resistance area and now came back down. The entire 40.5-43.5K area should offer good support and I doubt we’d fall below that without much of a fight.

Despite the current price action and the macro-economic elements that suggest more downside, Bitcoin seem to show strength on some of its fundamentals. Part of the reason for the crash, according to a Glassnode report, is some BTC holders taking profit on upper levels.

Since late July, the market has consistently realised net profits on the order of around $1B per day as prices rallied from $31k to over $52k. This suggests a relatively meaningful bid has supported the market on the way up.

An important metric that has favored the bulls is the amount of Bitcoin sitting on exchange platforms. Standing at a 13% of BTC total supply, a new multi-year low according to Glassnode, the metric has continued to trend downwards.

As seen below, the amount of BTC on exchanges returned to levels last seen in February 2018. This was followed by a period of consolidation before Bitcoin gather enough strength to score a fresh all-time high.