Optimism Will Roll Out Single-Click Launch For Ethereum Projects 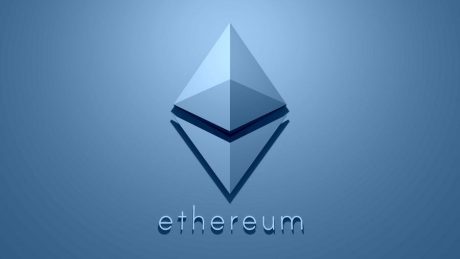 Many layer 2 solutions are competing on being the most active in developments. Amid these scaling solutions in Optimism, and given its latest announcement, it will soon enable developers to launch DApps with just a single click of a button.

Optimism provides support for all the apps on the Ethereum ecosystem. It ensures that transaction fees are lower by keeping its data on the blockchain but running computation off-chain.

The team’s latest blog reveals that an upcoming upgrade will facilitate the launch of DApps on its layer. This means that every tool running on Ethereum will also run on Optimism.

The disclosure by the Optimism team assures the developer’s community that the upgrade will help them to simplify the process of launching their decentralized apps. Also, this simplicity stems across features such as gas and traces. Developers targeting Geth now have the opportunity to launch without changing their codes.

Optimism disclosed that it had overhauled the codes. As a result, it can now go beyond being compatible Ethereum Virtual Machine only to become an EVM equivalence by making its protocol efficient and lightweight.

One of the steps the team took to reduce the protocol’s load was to delete its custom compiler. It also deleted over 25,000 lines of codes as it upgraded.

According to the post, the team asserts that developing the “EVM-compliant rollup” is not very easy given that it aims to support the whole Ethereum stack. Moreover, to also implement the security features which EVM requires will also cost a lot of money. However, it is mandatory because every line of codes added to the system comes with possible vulnerabilities.

As for now, the layer 2 scaling solution is now fully equivalent with EVM using Geth. Though it is working to become compatible with alternative node implementations such as Erigon and OpenEthereum using below one thousand lines of codes. The team disclosed that they hadn’t changed the security model of the protocol even with this release.

Ethereum has fallen by 7% in 24 hours | Source: ETHUSD on TradingView.com

The migration of capital from Ethereum to these other solutions was to reduce the high fees characterizing transactions carried out on its base layer.

Related Reading | While Broader Crypto Market Holds Its Collective Breath, Whales Are Loading Up On Bitcoin

The information from Dune Analytics even reveals that another rollup network Arbitrum has a TVL of $2.62 billion, which is the largest ETH Bridge. This rival protocol went live three weeks ago, and it is already making waves.

But it is not the only protocol as Polygon ERC-20 Bridge emerged after Arbitrum and is now boasting $2.35 billion in TVL. After Polygon came, Avalanche Bridge and Fantom Anyswap Bridge and each now record $1.86 billion and $476 million, respectively.