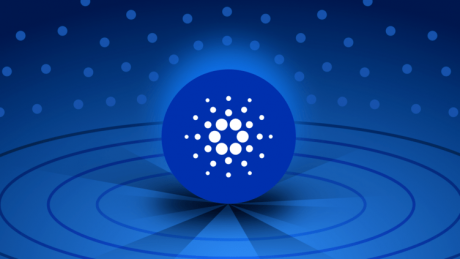 The Cardano Summit has now officially come to an end. Saturday and Sunday saw live and virtual events from around the world, while notable figures in the crypto space spoke at the event, including the founder of Cardano Charles Hoskinson. The event brought a lot of excitement to the space and allowed community members to interact with one another from around the world. But most notable has been the announcements of new partnerships made at the event.

In the weeks leading up to the event, the founder, developers, and individuals involved in the Cardano project had teased a lot of exciting new partnerships coming to the blockchain. Some of these announcements had been anticipated by the community. Mostly ones related to decentralized finance projects debuting on the network. But a couple of others were completely new to the space.

Climate change and crypto’s contribution to the problem is one that no doubt has to be addressed. In response to this, Cardano announced at the summit that it is taking proactive steps to fight this growing problem. Veritreeis a subsidiary of Tentree, a company that makes sustainable apparel by planting 10 trees for each clothing item sold. Using Veritree, the company aims to track its tree-planting efforts around the world.

Veritree which has planted 68 million trees in the past ten years has had a hard time keeping track of the trees it has planted. And using Cardano’s blockchain technology, Veritree can provide “immutable, transparent and audible blockchain-based report on all of Veritree’s afforestation and reforestation efforts — using a fraction of the carbon footprint of other blockchains.”

Given the fact that smart contracts were deployed on the Cardano network not too long ago, announcements were expected on this front and the project did not fail. Developers behind the project announced various partnerships to this end, ranging from NFTs to staking.

NFT marketplace Rival joins the long list of new partners of the network to enable the creation and distribution of NFTs. As well as allowing NFTs to be redeemed in exchange for physical goods and distributing marketplace-based royalties. This will help improve the experience of users when minting and using NFTs on the Cardano ecosystem.

Another partnership with UBX, a UnionBank fintech venture studio, brings public stake pools to the public. This will allow users to earn rewards for staking their ADA tokens to help maintain and secure the blockchain. Furthermore, a partnership with AID:tech brings decentralized finance identity solutions to the blockchain. Using AID:tech, users can easily verify ownership, allowing a large number of transactions to be processed in a short time.

Other partnerships include a deal with cable provider and Fortune 500 company Dish Network/Boost Mobile to integrate its telecom services with the Cardano blockchain. And another partnership with Chainlink will give developers who are building on the blockchain to develop smart contracts and other solutions on the network.

Speaking on these recent partnerships, the founder of Cardano, Charles Hoskinson, explained, “We have to do a lot of science, a lot of innovation, and a lot of engineering.”