4 Years of KuCoin: From a 7-Person Team to 8 Million Users Worldwide 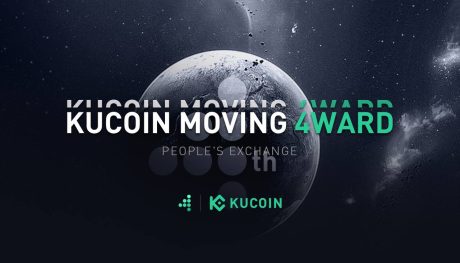 The 4th anniversary marks a special moment for KuCoin. They’ve recently claimed at TechCrunch Disrupt 2021 that it intends to be the first and biggest social trading platform in the crypto sector.

This couldn’t happen without the initial 7-person team finding a way to spearhead crypto adoption in 2013. Little did they know, KuCoin would become a global enterprise with over 600 employees and serve 8 million users in 207 countries.

This progress has led to $500 billion accumulated in trading volume and over 800 million transactions.

How it all started

KuCoin founder, Michael Gan was a tech expert for Alibaba Group’s Ant Financial. He first heard about Bitcoin when it was only $6 from his boss (and now co-founder), Eric Tang. Michael did what most people do when they recognize Bitcoin’s future potential – mine.

After stacking BTCs, Michael decided to sell some on Mt.Gox as it had the most liquidity. He immediately noticed how challenging the platform was for newcomers and how it would be a problem for mass adoption. He subconsciously understood that blockchain tech can only change the world if the world knows how to use it.

It drove them to think of ideas that would play a vital role in worldwide adoption and establish themselves in crypto history. This sparked the idea of a user-friendly exchange platform anyone can access.

While most people had their eyes on the Mayan calendar in 2012, the KuCoin dream team was forming through friends and acquaintances that shared the same passion for blockchain technology and cryptocurrencies.

By the end of 2013, KuCoin had its “hello world” moment as the team wrote down the first bits of code in a cafe. They never looked back, and the rest is history.

Michael and his team paid strong attention to the ICO market in mid-2017 as projects were failing from all directions, and some were obvious scams. They saw the opportunity to help the community not fall into ICO traps, and it started with a shift of identity.

KuCoin no longer saw itself as a basic trading exchange. It decided to be the ‘People’s Exchange’ instead.

They did this by using their platform “to find the best projects available and the ‘hidden gems’ of the crypto-world for our users.”

This was a risky decision as KuCoin’s reputation was on the line. Directing users to the wrong projects can damage an exchange indefinitely. Especially during an adoption wave.

From that moment forward, it’s been nothing but all-time highs for KuCoin.

Michael may have started his crypto journey mining Bitcoin, but now, he and his team give miners a reason to see long-term value in crypto.

In November 2018, KuCoin completed a $20 million Series A financing from IDG Capital and Matrix Partners. It’s worth noting that IDG is also an early investor of acclaimed crypto exchanges like Coinbase and Liquid. These funds also helped KuCoin continue to improve its platform’s stability, safety, and ease of use. Culminating in greater value for its users.

KuCoin increased its user base by a massive 1144% this year and tripled the number of female traders on their platform. Female traders are now 38% of users.

GameFi (the play-to-earn NFT industry) is booming and KuCoin took lead by creating the first trading board for metaverse tokens.

In the 1st quarter of 2022, KuCoin will be launching a 3.0 version of its wallet custody system. In the next quarter, KuCoin Matching Engine 3.0 will go live — this will further increase the speed and efficiency of users placing trades.

The last two quarters concentrate on improving their futures trading system and achieving metrics such as 25 million worldwide users, over a million Twitter followers, and for their daily volume to pass $15 billion.

Despite their listed objectives, KuCoin’s intentions haven’t changed that much. They’re still focused on finding the next crypto gems, aiming to be the most prominent altcoin exchange. But now, they’re also fully committed to raising the value of KCS (KuCoin Token) to the point it reaches the top 30 in market capitalization.

This means they’ll be on the lookout for the next best advancements in the NFT and DeFi space.

Another interesting goal KuCoin plan to achieve is transforming into a social trading platform, which is still blank in the crypto industry. Currently, most exchanges focus on building a better trading tool, while KuCoin identified crypto investors’ needs beyond trading.

This will be accomplished through the launch of lots of new social features later this year. This will allow users to better understand and trade crypto on KuCoin and find global investors who share the same interest. Through the information and interaction services provided by the platform, even a newcomer will have a bigger chance to win.

KuCoin is successfully turning the crypto mass adoption marathon into a sprint.

Their exponential growth, recent additions, and bullish plans verify this.

The crypto space is becoming more interesting by the day as there’s always something new that can potentially change the world. KuCoin aims to be directly involved in what crypto offers the people next.

KuCoin is not just putting themselves at the forefront of the crypto rollercoaster, they’re guaranteeing the ride never ends.