Can This Project Eliminate Wrapped Tokens from the DeFi Markets? 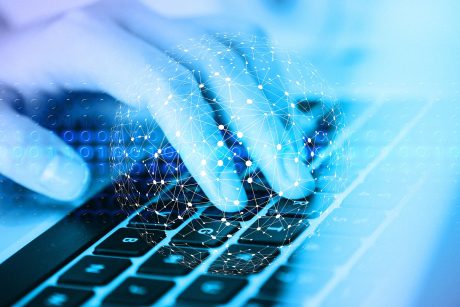 Wrapped tokens are being widely adopted because they enable crypto traders to leverage their assets on multiple blockchains or distributed ledger technology (DLT) platforms.

For instance, Wrapped Bitcoin (WBTC), which are BTC tokens that have been “wrapped” into another token format, may be used on the Ethereum blockchain to conduct transactions involving smart contracts.

But it might now be possible to completely eliminate these so-called Wrapped tokens from cryptocurrency trading. With this new approach, platform developers could significantly lower the time, effort, and costs associated with conducting DeFi-related transfers. By effectively removing the need to wrap tokens, transactions could become a lot more efficient, because the process of actually wrapping tokens is quite cumbersome, particularly for novice traders.

Portal’s cross-chain decentralized exchange with atomic swaps has been specifically created to remove the requirement of wrapping tokens. This is possible because the virtual currency of incompatible blockchains or DLT networks can be traded natively and without needing to interact or involve a risky third party.

As noted by its developers, Portal is a self-hosted, Layer-2 digital wallet and cross-chain DEX that’s deployed on the Bitcoin blockchain. It supports atomic swaps between Bitcoin or BTC and other cryptocurrency tokens in a fast, secure, and private way.

In September 2021, Portal acquired $8.5 million through a fundraising round so that the project’s team can implement a self-sovereign and uncensorable DeFi solution that’s built on top of the Bitcoin network. Currently, the DeFi ecosystem is dominated by Ethereum, however, the Bitcoin blockchain is also quite large and has enormous network effects that can be leveraged by traders and investors in the DeFi space.

Michael Arrington, Founder at ArringtonXRP, has explained that decentralized cross-chain bridging remains one of the most difficult tasks in the blockchain industry, particularly as several different DLT networks begin to gain considerable adoption.

Arrington added that Portal’s Bitcoin-native approach to multichain transfers could potentially provide an alternative and viable bridging mechanism to the growing number of on-chain traders.

This should allow traders to conduct a wide range of crypto transactions that wasn’t possible before, due to incompatibility issues.

Brain Johnson from Republic Capital has noted that interoperability is an important attribute for blockchain or DLT platforms, which will allow them to transition into the wider financial services industry. He pointed out that Republic Capital has made a strategic investment in Portal since they are interested in their approach to supporting atomic swaps. By leveraging the Bitcoin network’s robust security and using it as an anchor, the Republic Capital team believes that Portal is in a suitable position to create a useful set of bridges to the DeFi ecosystem.

By developing these bridges, DeFi transactions should become more widely adopted, and could even encourage more institutional investors to gain exposure to this nascent space.

At the core of Portal is its Layer-2/Layer-3 technology, called Fabric, which is an open-source toolkit for creating censorship-resistant layers on top of Bitcoin’s base layer.

Eric Marindale, CEO at Portal, added that by providing a fast, peer-to-peer, Layer-2 exchange — with speed that’s usually only available on centralized exchanges but with a high level of privacy — Portal is in an ideal position to deliver on the promise of “self-sovereignty for everyone.”

Eric also mentioned that the majority of centralized exchanges are really not “decentralized” DEXs, as they claim. They are actually just custodially wrapped tokens and usually have censorable ecosystems that “all threaten Bitcoin’s promise of self-sovereignty.” Meanwhile, Fabric tech “enables Layer 3 privacy on cross-chain transactions and eliminates the need for centralized custodians,” Eric noted.

Ensuring that End-Users Maintain Control Over their Assets

Martindale stated that they believe that Bitcoin provides the financial infrastructure that the free, uncensorable internet-of-the-future will be developed on, and although they’re starting off with only a P2P exchange, their mission is to become “The Platform for decentralized, peer-to-peer human interactions… be it communications, financial transactions, or social media.”

The platform utilizes Bitcoin’s “hash time-locked contracts” to make sure that the users retain full control over the digital assets “offered up in trade, preventing counterparty risk and loss of funds.”

The platform has received funding ahead of Portal’s upcoming public token sale, which is scheduled to be conducted on Republic.co during this month.

As noted by its development team, Portal is a DeFi service that’s built on Bitcoin. It aims to  make DeFi truly “unstoppable with anonymous, zero-knowledge swaps via the first true cross-chain DEX that’s genuinely trustless.”

It has been designed to “eliminate minting wrapped coins (ie wBTC, wETH) or risky staking with intermediaries.” With Portal, DeFi becomes a solution that “anyone can provide, maintaining anonymity within open, transparent markets with a security model as robust as Bitcoin mining.”

As explained by its creators, the Fabric protocol is Portal’s Layer-2/Layer-3 tech that “enables building censorship-resistant communications, media and one-click cross-chain swaps, all on Bitcoin.”

Image by Gerd Altmann from Pixabay