How the Web3 future is Shaping Up 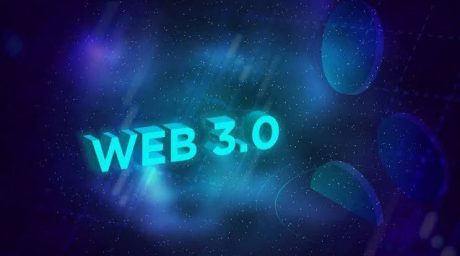 Since the inception of the world wide web in 1989, it has changed dramatically through the years. While Web 1.0 was read-only; Web 2.0 saw a significant shift towards user participation via centralized platforms such as Google, Facebook, Amazon, etc. In this era, personal data is controlled by middlemen: those running the digital platforms. As such, people do not have control over their data as well as the content they create.

Web 3.0 is generally regarded as the future of the internet. Unlike the Web2 era, ownership and control is decentralized. Conceived by the Ethereum ecosystem, Web3 enables enhanced privacy, boosted transparency, eliminates intermediaries, facilitates data ownership and digital identity solutions. Similar to how Web2 improved front-end functionality, Web3 is focused on revolutionizing back-end functionality.

Today, Web3 architecture has gone far beyond the internet capabilities which run on a decentralized layer. It has become the convergence of several innovative technologies like edge computing, artificial intelligence, IoT, decentralized data networks. With Web3, the trend of data and computing moving to the edge is inevitable. Powerful computing resources are put together to create the next generation of decentralized, user-owned, hyper-efficient edge networks. Decentralized data networks can enable different data generators to transact their data without losing ownership control and privacy or the need for an intermediary.

Meanwhile, Web3 technology also combines artificial intelligence and machine learning to create a substrate that connects users and machines as well as connect problem owners with problem solvers without the need for a third party. This synergy facilitates a better understanding of human preference and more accurate analysis and results. As such, Web 3.0 goes from technology to disrupting the structure of society.

As you can see from above, Web 3.0 has the potential to bring radical innovation to all industries.

The thing is, decentralized technologies can be used to eliminate value-capturing middlemen. And this could be a boon for different, new economies that have appeared in the 21st century. One such economy that could be shaped by Web3 tech is the gig economy, with the new technologies promising to eliminate the centralized platforms like Uber and Upwork to give gig workers the chance to earn without lining the pockets of big corporations. A great example of this is AnyTask, which aims to enable people living in poverty to access the global digital economy commission-free and bankless.

Another such use case for Web3 technology is integrating it into the creator economy and intellectual capital-centric applications. A 2020 survey showed that the growth of intangible assets, which are the basis of the creator economy, has been so much that they now command over 90% of the S&P500’s market value.

As the stat above shows, the world is evolving to an intellectual capital-centric creative economy and a world where most resources other than intellectual and human capital are commodities doesn’t seem too far away. So, the creative economy encapsulates intangible assets that have become the most valued assets in the world, especially the innovative enterprise, but their total value outside of enterprise is far beyond what we can imagine. Aside from holding high intrinsic value, intellectual assets also provide an opportunity for investors to speculate as their price increases. Therefore, the ability to capture value from these assets becomes vital.

To foster mainstream adoption of Web 3.0 for the creator economy, there are projects building a whole host of tools to enable the discovery, evaluation, licensing, and exchange of intangible assets to boost liquidity flowing into the creative economy. One project building such architecture is DEIP. The company provides a set of Web3 protocols, in addition to tools and applications for the creative economy.

Now you may be thinking: Don’t these projects just act as the middleman capturing the value in any case? Well, you’d be wrong.

These projects aren’t governed by a board of directors but by decentralized autonomous organizations (DAO). DAOs enable democratic governance models that anyone can be part of and can direct any fees levied on creator or gig economy workers to the further development of the platforms themselves and are not geared towards the profit-centric model of capitalism and Web 2.0.

The internet has become a center of business, communication, and much more. And Web 3.0 has the potential to transform agreements and value exchange. This means that the transition to a more democratic internet via Web 3.0 may allow the world to unlock opportunities not only just to reclaim the Internet by revolutionizing infrastructures around storage, data exchange, financial transactions, but also many aspects of our lives.

Web 3.0 is shaping up to be not just an evolution of the internet but a disruption to overhaul many aspects of society.