Buyer Beware: Extreme Greed Is Back In Bitcoin And Crypto 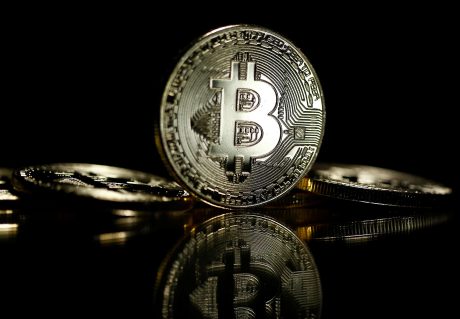 Bitcoin rallies as the first Exchange Traded Fund (ETF) launched by ProShares debuted in the NYSE. The first cryptocurrency by market cap trades at $62,908 with 2% and 9.5% profits in the daily and weekly charts, respectively.

The general sentiment in the market flipped bullish as October made its entry, historically a green month for Bitcoin. Traders and operators seem to expect a fresh all-time high in the near term driven by fresh capital coming into the market via the BTC ETF.

At press time, ProShares’ product has seen a $280 million in trading volume. Senior ETF analyst for Bloomberg Intelligence Eric Balchunas claims this makes the Bitcoin ETF part of the top 15 at opening day in terms of trading volume with the potential to become number one if it surpasses $1 billion during the day.

The Fear and Greed indicators have moved to the upside as a consequence of recent events and Bitcoin’s performance. Per an Arcane Research report, The Fear and Greed Index signaled “extreme greed” for the past two weeks.

This indicator usually fluctuates at high levels when the crypto market hypes over an event, such as the debut of exchange Coinbase on the public market. In addition, Arcane Research claims Bitcoin experienced a similar phenomenon in 2020 when the bull-run to $64,500 began.

As a potential positive signal for the bulls, on-chain activity seems to be on the rise as shown by the slight increase in transaction fees on the BTC network. As NewsBTC reported, experts believe this suggests institutional demand for the digital asset is returning.

In support of this theory, Arcane Research records a climb in BTC spot volume. As seen below, this metric saw a sharp decline in May and July, as BTC’s price kept on falling. It started to recover by August and has continued to trend upwards.

BTC’s trading volume stood at $7.2 billion during October’s second week with the 15th of this month recording a $12 billion intraday volume, Arcane said, the biggest in the past 6 months. The firm said:

The same day, the bitcoin price increased by 7.6%, showing how the biggest daily volumes coincided with the most significant increases in the price. These developments signal a renewed interest in bitcoin after a sleepy summer.

In the short term, traders could see a rise in volatility due to the BTC ETF effect on the market. The derivatives sector seems to be getting overheated with the Open Interest (OI) points to an uptick in leverage positions.

2/ OI in BTC futures is nearing its all-time high. OI growth reflects an increase in leverage. However, when the price of an asset is increasing, OI measured in USD is bound to go up.

FTX, Binance, Bitfinex, and CME all hit their highest level of OI in the last few days. pic.twitter.com/mXpbIb3UJc

As with the Coinbase debut, too much leverage could lead to a liquidation-driven short squeeze. Whether it will favor the bulls or bears, that remains to be seen.