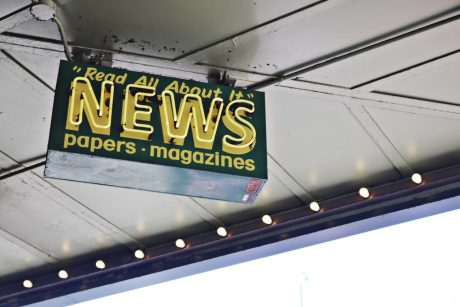 The Associated Press (AP) has historically been known as one of the most reliable sources in news data. This week, the AP has announced that they are launching a Chainlink node to make a variety of different datasets available to leading blockchains.

The AP has continued to be aggressive in utilizing blockchain technology to provide data in the quickest and most reliable way possible.

Moving At The Speed Of News

In today’s world, news is arriving to consumer’s eyes and ears faster than ever. The Associated Press’ move this week to leverage Chainlink oracles will look to address exactly that, all while maintaining the verifiability and legitimacy of the data.

According to the AP’s press release, in utilizing the Chainlink node, “AP data will be supplied and sold directly to applications running across various blockchains.” Additionally, the AP will have the data cryptographically signed to maintain veracity.

Data will initially be focused around U.S. political race calls, economic data, sports game outcomes and business financials. These data sets can often be ‘around-the-clock’ data that is constantly evolving and in high demand for the latest possible updates, making them ideal pieces of data to have streamlined through Chainlink oracles.

Chainlink’s token LINK has been through a rocky year, but the blockchain has continually been a force for real-time API data feeds. | Source: LINK-USD on TradingView.com

The Associated Press Perspective On Blockchain

As the AP notes in their press release, this isn’t their first endeavor into crypto and blockchain technology. The company partnered with blockchain-based encyclopedia Everipedia last year to publish U.S. political race calls last year during a fiery election season.

Earlier in the year, the Associated Press was the first to sell a media NFT, which yielded over $150K at final sale. The AP is coming back for more by releasing a new NFT collection on the Binance Marketplace as well, and many other publications, like TIME Magazine, have followed suit. Additionally, the AP has been delivering data to engage with digital generative artworks.

Imagine art on your wall that changes as the weather does? Data feeds impacting generative art are showing immense potential, and the Associated Press clearly wants to be a part of it.

Meanwhile, Chainlink to continues to build established relationships with major players; Chainlink has worked with Google Cloud since 2019 to incorporate Google weather data to power decentralized insurance around weather.

Expect more major data-movers to come on board in the years to come.