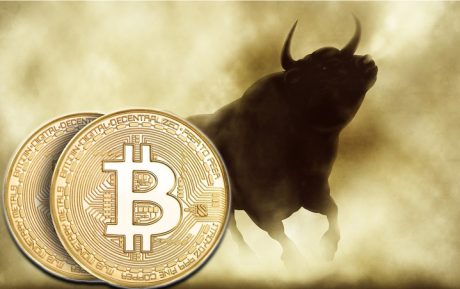 Bitcoin has been rejected in the high area around its current levels and trends to the downside in the daily chart. At press time, BTC’s price has slide back into early week levels trading at $62,668 with a 5.1% loss in the daily chart.

The bullish sentiment remains as Bitcoin has been able to retain its profits in higher timeframes. The benchmark crypto smashed its previous all-time high at $65,000 and roared its way up to the $68,000.

Analyst John Wick believes Bitcoin could follow a similar trajectory as in 2017. As seen below, BTC performance has been imitating the price action at that time with a similar ATH breakout and continuation of the bullish trend.

On this rally, Bitcoin has managed to break several all-time highs in its indicators. The upwards trend has been propelled by the launch of a BTC-link ETF in the United States.

This investment product tracks the price of Chicago Mercantile Exchange (CME) futures contracts. Thus, many traders are looking into Bitcoin’s Open Interest has it made its way up with the price of the underlying asset.

The BTC Futures Open Interest OI stands at $5.75 billion in the CME, according to data from Skew. The exchange now traders more contracts that Binance, FTX, Bybit, and other major exchanges most likely due to the impact of the Bitcoin ETF.

Further data provided by CryptoQuant point to a heating up in the futures market with the leverage ratio increasing to September levels. Funding rates are going positive, as traders expect more gains and short-term investors take leverage Bitcoin positions.

The Bitcoin Option Open Interest follows a similar trend that the futures market, Delphi Digital noted. The OI in this sector also reached an all-time high, the firm said the following on the increase interest on this market:

This was expected given BTC’s new all-time high and futures markets hitting record open interest levels too. Most activity is centered around short to mid-term call purchases.

In the short term, Bitcoin could continue its rally as historical data suggest. Some analyst claims BTC’s price tends to return to discovery mode a few days after a successful push into new highs.

However, as the futures market runs hot, the bulls could face hurdles. In the past, whenever too much leverage enters the market, Bitcoin tends to correct to shake out short-term investors. Only time will tell if history repeats.