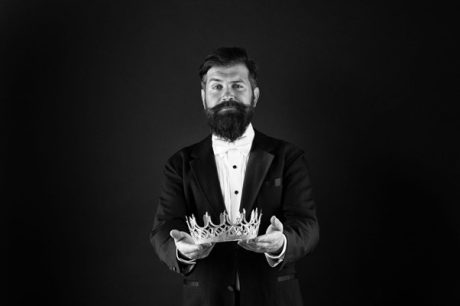 Blockchain technology company Stratis has concluded its latest major update, with STRAX tokens replacing their STRAT predecessors. The swap follows a vote that saw over 97.5% of token-holders green-light the proposal, setting the stage for a revised tokenomic structure, new incentive mechanisms and improved block times.

In total, over 93 million STRAT tokens have been converted 1:1 to STRAX, representing 93% of the circulating supply. The remainder were burned, effectively removing over 6.6 million tokens from existence.

With the deployment of a brand-new blockchain and native token – not to mention the imminent launch of an NFT marketplace, games and the Unity Engine SDK – Stratis is, like fellow sleeping giants Cardano, Tezos and Polkadot, starting to wake up and make good on its promises.

Stratis users who failed to exchange STRAT for STRAX can hardly complain: the platform announced the changeover last October, with token-holders given a whole year to install a STRAX wallet and exchange their old outgoing assets.

The high number of tokens swapped underscored the simplicity of the process, which saw users trade STRAT independently via a trustless on-chain mechanism, transfer their tokens to an exchange that supported the swap (Binance, Bittrex, Bithumb, etc), or manually swap them into STRAX using a tool provided by the platform.

The token swap was part of a raft of changes made to the platform, with block times reduced, block rewards increased, SegWit activated, and the introduction of both cold staking and dynamic membership. The latter enables any user to join the Cirrus sidechain as an acting Masternode – providing, that is, they meet the collateral requirement of 100,000 STRAX.

The management and monitoring of masternodes have also been simplified thanks to a newly-released operator dashboard.

Designed to help Microsoft developers develop blockchain solutions in a language they understand and love, Stratis launched in 2016 as an enterprise-focused Blockchain-as-a-Service company. In the years since, the platform has poured an immense amount of resources into enhancing its features and tooling, while onboarding companies from around the world.

2021, though, has been something of a breakout year. Not only is Ethereum interoperability imminent thanks to its InterFlux solution, but Stratis recently launched a Unity Development Kit, enabling the integration of NFTs and decentralized identities into the gaming ecosystem. A number of gaming projects (Dawn of Ships, Trivia Legend) are now busy building on Stratis’ proof-of-stake blockchain, both due to its low-fee environment and 3D SDK.

DeFi is another area of exploration for Stratis, as highlighted by the emergence of decentralized exchange protocols Opdex. Financed by Stratis’ Decentralized Accelerator program, Opdex enables trustless token swaps, liquidity provision, mining, and staking in a non-custodial and gas-efficient manner. Recently released on the Cirrus testnet, the DEX protocols aim to bring much-needed diversity to the booming DeFi sector, which has largely centered on Ethereum.

Founder Tyler Peña believes the fact that Opdex coded in #C means the ecosystem could “drastically increase the adoption rates by developers while also decreasing the frustration of learning new languages, frameworks and tooling.”

Although DeFi, NFTs and blockchain-based gaming are now very much part of the Stratis universe, the platform remains, at heart, enterprise-focused. As such, it remains committed to pioneering use-cases, onboarding businesses and organizations, and working with governments.

By acquiring a seat at the table, Stratis – described by APPG Blockchain secretariat Birgitte Andersen as “one of the UK’s most established and innovative blockchain platforms” – will be in a position to influence and inform the UK government’s decision-making when it comes to blockchain initiatives.

The spoils, of course, are considerable: business investment in blockchain technology is expected to reach almost $16 billion by 2023, up 40% from 2019. And with the wider crypto market currently in rude health, Stratis seems well-positioned to capitalize on the feel-good factor.