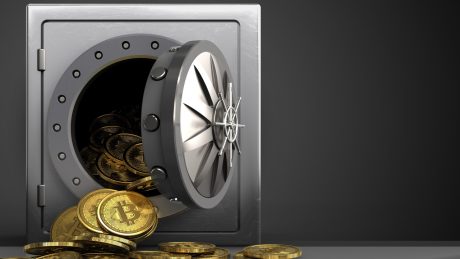 Bitcoin exchange balances have been on the decline since the bull rally began. The volumes were expected to go up once the digital asset had hit a new all-time high in October. However, this was not the case. Previous trends have often pointed to exchange balances seeing an increase in bull markets when investors moved their holdings to exchanges in order to take profits. This bull market has defied all expectations for it and continues to do so.

Outflows from exchanges outpace inflows as investors withdraw BTC from exchanges en masse. Exchange balance volumes relative to the circulating supply of bitcoin have declined towards three-year lows. BTC exchange balances now sit at levels not seen since January 2018. This has led to a supply squeeze on exchanges, causing sell pressures to drop tremendously.

Big exchanges like Binance, Coinbase, and Huobi have seen large volumes of bitcoin withdrawn from their exchanges. Binance recorded the highest outflows for the last week with 21,000 BTC withdrawn from the crypto exchange. This is one of the sharpest declines recorded in the market.

Huobi also saw thousands of BTC leave the exchange in the past week. The past seven days save 8,000 BTC withdrawn from the cryptocurrency exchange. The outflows from the exchange culminated in a 9% drop in the volume of bitcoin held on Huobi.

These outflows are no longer surprising given that the market has continuously followed this trend for the past few months. Growing scarcity has led to mounting buy pressures as investors scramble to get their hands on as much of the digital asset as they can.

Chart trends show that the volume held by these exchanges has consistently declined as the price of bitcoin has grown. Exchange balances had peaked for the year in June after the market had experienced a crash that put an end to the bull rally in April. Sell pressures eased in the months following June, leaving room for further accumulation by investors. Investors are choosing to leave their assets in cold storage rather than moving to exchanges to take gains from the market.

BTC trading in the mid-$58K | Source: BTCUSD on TradingView.com