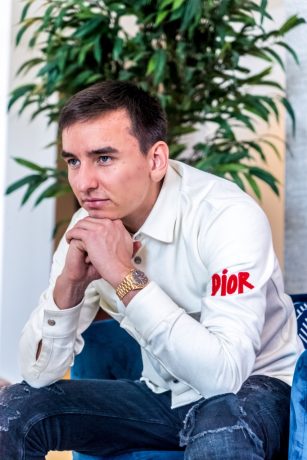 NFT sales have been breaking records and making headlines for a while now. This week, top NFT sales made even more news, thanks to a quirky purchase story.

The sale that made the most headlines wasn’t spearheading this pack of Top 5 NFT Sales of the Week. Instead, it brought up the rear.

We know what you’re thinking. A self-made multimillionaire making a million-dollar purchase isn’t the hottest of news anymore. But read on, and you’ll see why this incident takes the cake.

It all went down when Carl Runefelt, aka The Moon Carl, purchased CryptoPunk #4626 at 249 ETH or $1.02 million. Noticing that this particular crypto art NFT was strikingly similar to his features, Carl went ahead and dropped a million dollars.

Only after the purchase was complete did he realize that the CryptoPunk art he had just bought was of a female!

With a market capitalization of $43.08 billion and weekly sales clocking anywhere between $10 and $20 million, the global NFT market has skyrocketed over the last few months.

If current trends are any indication, ready yourself for record-breaking numbers in the near future too. And if Carl’s story is anything to go by, we may even witness some more bizarre happenings!