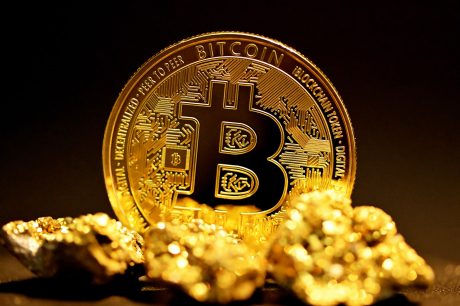 The bitcoin mining firm Argo Blockchain filed a registration statement with the U.S. Securities and Exchange Commission (SEC) for a proposed public offering due November 30, 2026, with an interest rate of 8.75% Senior Notes.

The UK-based firm plans to raise a total of $57.5 million through the Notes sales to the public, offering them in increments of $25. They intend to use the funds for the construction of Argo’s Texas crypto mining facility, which aims to power 90% of operations through renewable sources and is estimated to cost around $2 billion.

Our mining strategy is to cost-effectively acquire and deploy the most advanced mining technology solutions in North American facilities that utilize predominantly renewable and inexpensive power.

The Company will also use the net proceeds “for general corporate purposes” and “potentially acquisitions of, or investments in, complementary businesses” as they are exploring “strategic initiatives in software and other technologies in the wider cryptocurrency and blockchain sectors.”

In connection with the Offering, Argo has applied to list the Notes on the Nasdaq Global Select Market (“Nasdaq”) under the symbol “ARBKL.” If approved for listing, trading on Nasdaq is expected to commence within 30 business days after the Notes are first issued.

The filing states that Argo Blockchain completed its U.S. Initial public offering of 8,525,000 American Depositary Shares on September priced at $15,00 per share, having net proceeds of approximately $114.8 million.

Argo’s mining revenue rose 32%, a total of $9,75 million in October, having mined 167 bitcoin or bitcoin equivalent, compared to 165 in September with revenue of $7,59 million. The month’s income was generated at a Bitcoin Mining Margin of roughly 84%.

The firm reported a total of 1,646 Bitcoin mined year-to-date and owned 2,128 Bitcoin or Bitcoin equivalent by the end of October. They also announced a mining expansion that comes from adding 220 PH/s to its total capacity, “bringing the Company’s mining capacity to 1.295 EH/s”.

Recently, Argo Blockchain announced they are investing in the construction of an 800-megawatt crypto mining facility in Texas that could cost between $1.5 and $2 billion. It is being built on 320-acre land purchased for $17.5 million.

Questions were raised about Argo’s lack of clarity around the costs of the mining facility, but Argo declared the estimated cost of building and kitting based on “numerous assumptions” and defended the investment.

Our investments in mining facilities are designed to significantly expand our mining capacity and provide us with meaningful control over our mining operations. We are taking these steps as part of a broader strategy to shift our business from contracting for hosting of our mining machines in facilities to owning and operating our facilities.

Argo Blockchain is listed in NASDAQ Global Market, and its market capitalization is approximately $863 million.