The New Twitter Crypto Division Opens Up A Few Questions. Here’s What We Know 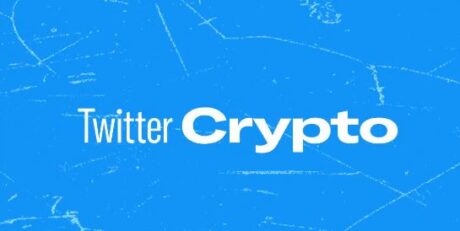 What does Jack Dorsey think about Twitter’s crypto team? That’s the question. Without fanfare or even an official statement, the new Twitter Crypto division just came into existence. They’ll cover cryptocurrencies and blockchain-related matters. New hire Tess Rinearson took to – where else? – Twitter to broadcast her new position and the direction that her leadership will take the company. “We’ll be working to figure out what crypto can do for Twitter, as well as what Twitter can do for crypto,” Rinearson said.

Related Reading | Why Is Bitcoin-Twitter Suddenly Obsessed With The Essay “Anatomy Of The State”?

About Tess herself, through her website she gets us up to speed:

“Most recently, I worked at the Interchain Foundation, where as VP of Engineering I led teams building open-source infrastructure for many leading blockchain networks, including Cosmos. Among other things, these teams were responsible for Tendermint Core, a popular proof-of-stake consensus engine, and the Inter-Blockchain Communication Protocol, a leading interoperability standard.”

Not much, because Twitter Crypto’s creation didn’t make the company’s blog. The team will work directly under Parag Agrawal, Twitter’s CTO. And they’re currently “hiring for roles in engineering and product.” According to Rinearson, Twitter Crypto will focus “on crypto, blockchains, and other decentralized technologies—including and going beyond cryptocurrencies.”

As I build out the team, we’ll be working to figure out what crypto can do for Twitter, as well as what Twitter can do for crypto. Twitter truly “gets” crypto (hello bitcoin tipping & NFTs!) but there’s so much more to explore here.

In her thread, Rinearson identifies three main areas of work for Twitter Crypto:

And, of course, we’ll be working closely with the @bluesky team to help shape the future of decentralized social media (and to make sure that Twitter stays on the cutting edge of this new landscape, too!).

So, essentially, Twitter Crypto will focus on integration with Web3, the Altcoin world, DeFi, smart contracts, and NFTs. Which, of course, brought every project under the sun and their marketing teams to pitch under Tess Rinearson every tweet.

This brings us to the original question.

What Would Jack Dorsey Think About The Twitter Crypto Division?

It’s no secret that Dorsey is a Bitcoin maximalist of the highest order. According to him, Bitcoin is the greatest invention of our lifetime. In the Bitcoin 2021 conference, Dorsey said  “All of the other coins, for me, don’t factor in at all.” However, even though Twitter enabled tips over the Lightning Network, the company’s actions don’t exactly match Jack Dorsey’s words.

On the one hand, Dorsey’s talking about building a better world through Bitcoin and denouncing the rising inflation. On the other, Twitter is censoring people, adding bogus disclaimers, and deplatforming everyone who deviates from the official narrative. It seems like the CEO is not in full control of the company he created. And that makes sense if you consider all the money the social media platform produces. And all the interests that work behind the scenes for that machine to keep on moving.

The new Twitter Crypto division is another proof of that fact. While it’s true that Jack Dorsey as a person wouldn’t consider other blockchains, the company he represents is clearly moving in that direction. However, it’s also true that the new team’s creation didn’t make Twitter’s official announcement channels. So, what’s really going on here? Is Twitter really testing the waters of Altcoin land?