Elon Musk Sells Tesla Shares For $5B. Will He Buy Dogecoin? 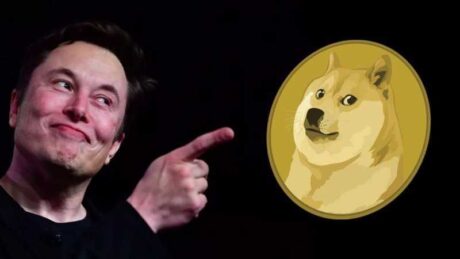 News of Elon Musk selling Tesla shares has rocked the market lately. The billionaire had sold a total of 2.15 million shares valued at $5 billion on Thursday. The sale comes after a widely received poll that the Tesla boss had earlier set up on Twitter to ask the community what they think about him selling off the shares. At the time, the stocks Musk had proposed to sell had been worth around $25 billion.

After the poll went live, it had garnered over 3.5 million votes, with the majority saying that he should sell off the shares. It was a close call though as only 58 had voted in favor of the sale. The rest of the votes opposed the sale.

Musk’s simple Twitter poll had adversely affected the price of Tesla stocks. Two days after the poll went live, Tesla shares had fallen 16%, costing Musk $50 billion. Now, it seems Musk went with the majority as he had eventually sold off some of his stocks.

Billionaire Elon Musk had sold the Tesla shares to pay income taxes which he had incurred after a 2.2 million shares acquisition. Like his previous sale in 2016, the proceeds from the sale had gone to paying the billionaire’s hefty income taxes. However, instead of the 10% which he had polled his Twitter followers regarding, Musk had ended up only selling 3% of his total Tesla holdings.

Musk, who is currently the richest man in the world, had begun to sell shares on Monday. He initially sold 934,000 shares out of the 2.2 million he had acquired. This had amounted to $1.1 billion which had gone towards his income taxes, but this proved to be not enough as Musk had to perform an unplanned sale of another 3.6 million Tesla shares.

The SpaceX and Tesla CEO had raised $3.88 billion from the unplanned sale over the course of Tuesday and Wednesday, putting the proceeds towards income taxes once again. Musk has now sold a total of 4.5 million shares so far. If he is to stick to the original figure posted on the Twitter poll, then the CEO will need to offload another 12.5 million shares.

Despite the proceeds from the sale of Tesla shares being put towards income taxes incurred by the billionaire, the crypto community has had a field day speculating what Musk will do with all of the money. Some had speculated that he would probably purchase some more bitcoins to add to his existing holdings. Musk, however, did not engage any of these speculations.

Now, the dog coin communities, which Musk is a strong proponent of, have begun to wonder if Dogecoin, his favorite meme coin, will see some of that money. Matt Wallace who is a strong supporter of Dogecoin said that the market may see some money come into the meme coin from the billionaire’s sale.

We may see a very large contribution going into #Dogecoin very soon here!

Others are however skeptical that Musk would make such a move. Wallace iterated saying that “Elon has publicly stated he owns Dogecoin. IMO there is a strong chance he will put more in now that he has a lot more cash.” Adding that it was just speculation, hence his use of the word “may” not “will.”

Only one thing is for sure when it comes to Musk’s Tesla sale, the proceeds so far have gone to offset income taxes. Whether he would put some of that money towards crypto is left to be seen.

Featured image from The World Financial Review, chart from TradingView.com