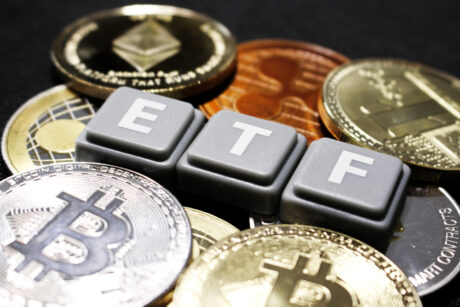 VanEck has had a rollercoaster of a month with its Bitcoin ETFs. After three Bitcoin Futures ETFs were approved by the Securities and Exchange Commission, Spot ETFs became the next big thing as they posed a greater advantage for traders. However, this would prove to not be happening anytime soon as the VanEck Spot Bitcoin ETF was rejected by the regulatory body.

However, all hope was not lost for the investment fund as it had doubled back with a bitcoin futures ETF. This time around, VanEck found success as the SEC has approved this ETF.

The timing for the VanEck Bitcoin Futures ETF approval could not be better. Interest in the ETFs had died down considerably after an incredibly successful introduction into the market. What followed had been weeks of low performance as traders cashed out the gains that they had made from investing in the ProShares ETF – the first publicly traded bitcoin ETF – and had seemingly moved on to other options.

With the VanEck ETF set to trade on Tuesday, it is expected that this may give the asset a bit of bump after it had been beaten down from the $69,000 ATH. It may not be the Spot ETF it had hoped for but it is no doubt momentous as it will be only the fourth publicly traded bitcoin ETF in the United States. Furthermore, this could spark renewed interest in futures ETFs, leading to high volumed being traded.

The futures ETF which had been filed with the Securities and Exchange Commission in October will begin trading on Tuesday on the Chicago Board Options Exchange (Cboe). The ETF will trade under the ticker XBTF, according to a notice published by the CBOE.

Bouncing Back After A Rejection

The VanEck Spot Bitcoin ETF had gotten a rejection from the SEC last Friday after the regulatory body had reviewed the filing. The reason given for the rejection was that the CBOE could not provide evidence that the fund could protect investors from fraudulent trading. So with the safety of investors’ funds in mind, the SEC had stamped out the ETF.

This rejection had led to the closing of long positions in the market, as reported by Bitcoinist, but this would not last long as the digital asset had had a relatively green week following this. It did however leave bulls in a tight spot as they now had to do more to keep the asset from sliding. Nevertheless, VanEck seems to have taken the rejection in stride.

The rejection of the VanEck Spot ETF has raised speculations for when the space may see the first approval. Grayscale had also filed to have its flagship bitcoin fund converted into a Spot ETF but there has not been any definite action taken on it by the SEC.