How Will Regulations Impact the $110 Billion Stablecoin Market? 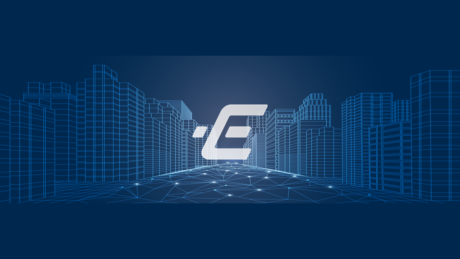 As cryptocurrency continues to permeate the everyday lives of the masses, it brings convenience and newly found freedom to places and economies ravaged by mass inflation. Contrastingly, those sitting somewhat comfortably at Capitol Hill seem to have had their feathers ruffled by the ever-growing presence of Decentralised Finance and cryptographic tokens.

Increasing concerns about the lack of oversight and policy within the expanding $110 billion stablecoin market have led to the possibility of stablecoin issuers such as Tether and Circle being soon subjected to bank-like regulations. According to a report from the Wall Street Journal, the proposal is part of an upcoming stablecoin report from a Treasury-led presidential advisory group, expected to be released late this month of October.

So how could these regulations potentially affect stablecoins?

One way the market could change is more transparency. In a recent speech discussing the potential for the USA to have its own central bank digital currency, pro-crypto Senator Cynthia Lummis expressed concern for the authenticity of stablecoins’ financial backing, saying that they “must be 100 percent backed by cash … and this should be audited regularly.” However, not all stablecoin initiatives are created equal. Stablecoins such as EURST set themselves apart through the execution of proper auditing and possession of transparent financial reserves.

OCC banking charters have already been conditionally issued to crypto custodian company Anchorage and stablecoin issuer Paxos. National charters for crypto companies will allow them to operate throughout the US without being thwarted by bureaucratic hurdles across 50 states. As a result, these regulations could even expand use-cases for stablecoins – crypto services such as lending and staking will now be connected with the mainstream financial system. Stablecoin issuers and custodians, under such a charter, could legally become Qualified Custodians, thus removing any doubts around the management of cryptographic keys and making way for the most cautious investors such as those in pension funds to enter into the space.

Despite having potential, not all of these ideas may send stablecoins in a positive direction. The unregulated approach that has made crypto and stablecoins attractive in the first place, if tampered with, could turn away many from wanting to use stablecoins. Enthusiasts of the decentralized way of doing things could easily sell their stablecoin holdings and move them elsewhere – perhaps massively tanking the use of stablecoins. Then what will happen? Will their asset pegs leave them remaining valuable whilst largely untouched by the doubtful masses? Or will new kinds of use-cases and investors keep the stablecoin initiatives of the modern economy afloat? Time will tell.