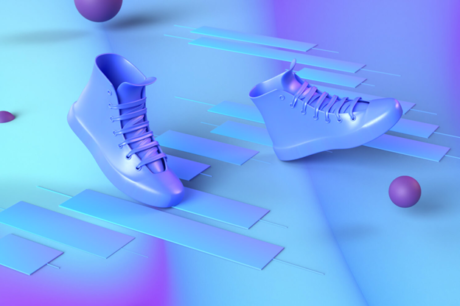 When the news of Ethereum 2.0 broke out, many people were beyond excited. The issue of transaction scalability and sustainability was going to be fixed. However, even Ethereum 2.0 left an essential problem out that crypto investors are still facing, an important problem known as FRONT RUNNING.  This problem resulted in the loss of thousands of dollars, and it is still causing the loss of more. Imagine the joy on people’s faces when Telos, a popular third-generation blockchain, announced their new EVM that claims to solve this problem and many more. Yes. Just what you thought. Hope at last! But before we get a little too delighted, let’s get a clear picture of how Telos will solve this problem and outperform other systems.

Telos EVM was created to solve problems faced by other EVMs. Each part of Telos EVM seems to fix different problems common in other networks. Telos EVM works just like Ethereum, but it’s different from the original EVM. The platform was built to host a large number of programs from other networks without having to modify anything.

Even though Front running is very common in the crypto world today, and it’s why many people lose millions of dollars, not many people know about it. That’s because it happens without them even knowing. Front running happens when bots or miners with insider knowledge about pending trades make a profit off it. The involved individual can skip lines, complete transactions, and then take the difference between his buy and sell price as profit. Only the attacker makes a profit off this. Users don’t benefit.  Telos solve this problem by having a fixed transaction fee and also a strict anti-frontrunning rule. This will enable users to curb any possibility of being exploited.

Another area where Telos is setting the pace is the transaction fee. Not many platforms can boast of low transaction fees. Native Telos has no fee at all, and Telos EVM based on a very similar model to the original Ethereum has a gas model but only costs $0.01.  Telos EVM will save people hundreds if not thousands of dollars since Ethereum gas fees are considered relatively high. With this, Telos not only outperforms its competitors like Cardano, Polkadot, and the likes, it also beats the original Ethereum hands down.

The time it takes to mine one block usually varies based on the chain and some variables. Ethereum, the king of decentralized apps, takes about 10 to 15 seconds to mine one block.  Other competitors such as Binance smart chain and Cardano can still boast of faster transactions, but nothing comes close to Telos EVM. Telos EVM has one of the fastest block mining times. The time it takes for Telos to mine one block is less than 500ms.  This transaction speed has further increased the gap between it and its competitors. This fantastic block time speed means it can handle 10,000 transactions per second.

Telos is tagged as the greenest blockchain because of how low its energy consumption levels are. Asides from that, Telos can also offer a home to several Dapps on its network. Telos is compatible with Vyper, EOSIO C++, and Solidity, thereby offering a new experience for migrating users. The rate of Telos EVM with other apps is 95% which makes migrating to it easier than ever.

The first project on the network will be a replica of Cryptopunks, a popular NFT project. The creator would be The Big Gooey an upcoming NFT artist. This project is the first ERC_721 NFT that will be hosted on dStor. You can check it out on Telos official website.

They recently announced their partnerships with SushiSwap and Anyswap. So now the users on both platforms can take the advantage of Telos EVM’s scalability, speed and security while trading their crypto assets.