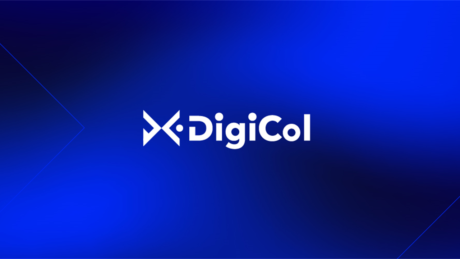 The NFT sector continues to expand its use cases and seems poised to onboard millions of users in the coming years. These digital assets have seen great adoption in 2021 and could propel the crypto industry into a new era of adoption as more platforms introduce features that make them more accessible.

In that sense, DigiCol, a comprehensive NFT marketplace since 2020, is set to break the barriers in the sector and increase its adoption.

Recently, DigiCol became the first comprehensive NFT marketplace to introduce a Collateral feature. Advancing NFT finances to another level, this new element in the DigiCol ecosystem will enable users to use their NFT as collateral to borrow Ethereum (ETH), DGCL, Tether (USDT), and other cryptocurrencies from users in the platform or to lend it to others.

To celebrate the launch, the platform is offering a “negative fee” for buying, selling, lending, or borrowing the selected popular NFT series such as Cryptopunks, Sandbox, Decentraland, etc. Not only you will get 100% rebate on the platform fee, but also earning free native tokens from their liquidity farming program.

Via this Collateral mechanism, only found on this platform, a borrower will have a loan period to repay the debt in addition to an agreed interest with the counterpart. If the user fails to pay, the lender will receive ownership over the collateral.

Unlike traditional finances where the process is controlled by a central authority, DigiCol’s Collateral feature will be fully enforced by a smart contract. Thus, lenders and borrowers will not only benefit from a new NFT use case, but from a frictionless, trustless, and decentralized system.

As seen below, DigiCol’s NFT Collateral platform is easy to access and use. Participants need to follow a few steps to borrow or lend their NFT. These digital assets can now be used to increase an owner’s liquidity without the need to detach themselves from a unique NFT.

DigiCol To Enter Phase 2 Into The Future Of NFT Finance

As of now, DigiCol supports the following contracts: Cryptopunks, ENS, Cryptovoxels, Decentraland, and Sandbox, but the platform is working on further integration with other popular NFT collections such as Bored Ape Yacht Club, Desperate ApeWives, Mutant Ape Yacht Club. Expected to come out in Q4, 2021, it will follow a list of major accomplishments achieved by DigiCol and its team in the past months.

In addition, to an overall improvement of the platform, major partnerships, and integration with big projects in the crypto ecosystem, the platform is headed to a new stage in 2022 supported by their Colletaral feature and the expansion of NFTs use cases.

On this topic, DigiCol already has in place projects that will tackle NFT supported games. This trend has seen a massive explosion in terms of adoption as it provides users rewards and a unique experience for investing time in their favorite games.

2021 could have been the year for NFTs, but these digital assets are nascent and with a lot of potential to capture billions of dollars from the traditional finance system. DigiCol and its users, in particular, seemed poised to spearhead the NFT Finance ecosystem with a unique model that could take the entire industry into the mainstream.