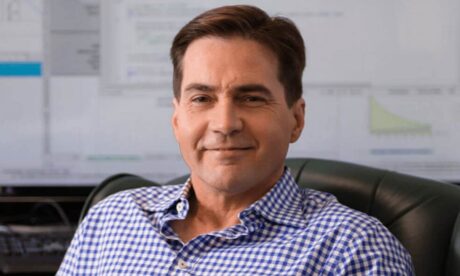 On Monday, it was determined by a Miami court that Craig Wright, the alleged creation of Bitcoin, would pay $100 million in damages to David Kleiman, Wright’s partner. The case had dragged on for about a year and finally came to an end with this judgment. This time, Wright did not appeal the judgment as the computer scientist believed it to be fair.

Furthermore, Wright said that the judgment on the part of the court solidifies his claim to be the original Bitcoin creator, which is something the computer scientist has claimed for a long time. Wright was ordered to pay the $100 million to the heirs of David Kleiman who claimed the late computer scientist’s estate was entitled to half of the 1.1 million BTC mined by Satoshi Nakamoto.

How Wright May Have Come Out Ahead

One important tidbit, in this case, is that Wright may actually be Satoshi Nakamoto as he claims. If this is true, then the computer scientist is in possession of the 1.1 million BTC that was mined by the creator wallet after the Bitcoin blockchain was launched. The bitcoins contained in this wallet are worth an estimated $70 billion, of which Kleiman’s heirs claimed to be entitled to half of this.

With $70 billion in tow, the $100 million ordered by the courts to be paid to Kleiman’s estate is only a drop in the ocean for Craig Wright. So, in total, the entrepreneur would have come out ahead having to only pay a tiny fraction of what Kleiman would have had if his share of the BTC had been awarded to him. Wright would get to keep $70 billion all to himself.

Kleiman who passed away in 2013 at the age of 46 was said to be close friends with Craig Wright, with whom he allegedly created Bitcoin. The Kleiman family also credits the intellectual property behind the bitcoin blockchain technology to the late computer scientist.

For years, Craig Wright has been involved in lawsuits regarding his status as the creator of Bitcoin. Wright has claimed countless times that he created the digital asset but no one in the space has taken the computer scientist seriously and has been referred to as an impostor. However, the alleged Bitcoin creator claims that the jury verdict finally acknowledges him as the creator of the asset.

In a statement made after the trial, Wright explained that the jury has found out that he indeed created bitcoin and as such would not be appealing the judgment. He also expressed relief at the verdict, saying, “I have never been so relieved in my life.”

Although Wright continues to hold up his claim that he is Satoshi Nakamoto, he denies the claims that he and Kleiman launched the cryptocurrency together. He said the claims being made by Ira Kleiman on behalf of Dave Kleiman’s estate were false, adding that there is no paper trail that shows evidence of a partnership between them.

One thing Wright refused to admit is where the about 1.1 BTC in dispute are. The computer scientist has been careful not to mention anything regarding the bitcoin stash. Whether Wright has or ever had the bitcoins in his possession remains a mystery.