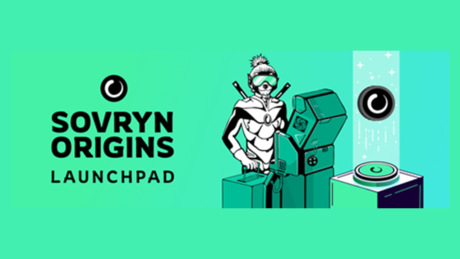 The Bitcoin network debuted in 2009 and introduced an asset class the world had never before seen, and some have branded bitcoin’s launch as the beginning of decentralized finance (DeFi). However, the decentralized applications (dApps) that are most associated with DeFi services were developed on other chains.

Bitcoin was a major breakthrough for technology, but its programming didn’t allow for the possibility of running dApps on its network when it first launched. Recently, the integration of a sidechain like Rootstock has brought smart contract and dApp functionality to Bitcoin, and this has proven to be a gamechanger for DeFi.

DeFi protocols like Sovryn, built on Rootstock, allow native bitcoin to be used in DeFi dApps. This means that the world’s first blockchain, supporting the crypto world’s deepest liquidity, is witnessing a growth spurt in the number of projects emerging on its network.

Sovryn is a multi-service Bitcoin DeFi protocol that facilitates swaps, borrowing, lending, and yield farming. The protocol is governed as a Bitocracy where its users stake SOV to vote on Sovryn’s future direction, and this makes Sovryn a community-centered protocol that is guided by its users as it moves forward.

The protocol fosters the development of new projects through Sovryn Origins, a launchpad that supports independent projects, including those that build up the Bitcoin and Sovryn ecosystem, through the ability to fundraise native BTC and other Bitcoin native assets.

The Sovryn Origins launchpad also acts as a way for the Sovryn community to vet new projects, eliminate bad actors, and support the most promising projects through their first steps towards development and launch.

This early funding can boost projects to a more successful launch. It gives community members a chance to receive the project’s tokens at an early, discounted price, which is a win-win situation for everyone involved.

One independent project, Babelfish, raised close to 46 BTC in 30 minutes through the Sovryn Origins launchpad after the Sovryn community greenlighted the project for listing. During the sale, 1,022 community wallets participated in the launchpad event, and a total of four projects have now furthered their development with the cooperation of Sovryn’s users.

Why Sovryn Origins Has Become a Self-Governed Subprotocol

Sovryn’s users vote on Sovryn Improvement Proposals (SIPs) in order to make changes to the protocol. These SIPs run through several stages before they are voted on, with many of the ideas behind their implementation being discussed on community forums.

A recent proposal, SIP-0035, recently passed with enough votes in staked SOV to launch Sovryn Origins as a subprotocol governed by its own token, OG. The first four projects to launch on the Sovryn Origins launchpad were whitelisted through votes cast in SOV, and in the future, these votes will be held by OG holders instead.As described in one of Sovryn’s blog posts, the creation of a new ecosystem for Sovryn Origins means that OG holders will receive the lion’s share of benefits from the success of projects they choose to launch.

Rewarding its community of supporters is one purpose for launching Sovryn Origins’ own token, and rightly so since the protocol owes much of its success to the community behind it. Additionally, the value of OG will be linked with SOV through a bonding curve to create an incentive for more SOV holders to help improve Sovryn Origins in the future.

The idea for this bonding curve first emerged in a forum post from a Sovryn community contributor, and the implementation of this idea demonstrates how the power of the group can be harnessed to reach a common goal. As Sovryn continues to grow, and as it continues to develop new projects through the Sovryn Origins ecosystem, future subprotocols will surely emerge with such an enthusiastic base of support.