XDC Based SuperBullsNFT Rages with Bids of 444,444 XDC 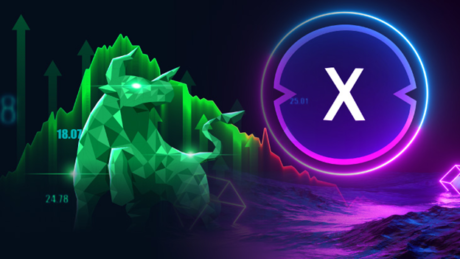 SuperBullsNFT announces the winning bid for their first NFT.
The first NFT, the Golden Bull sold for 444,444 XDC.
The winner also got a Tag Heuer watch signed by Max Verstappen along with a digital frame of the Golden Bull NFT.

The XinFin XDC network has very well established itself as a single blockchain platform enabling various blockchain services as a one-stop-shop. Accordingly, it further expands itself into the Non-Fungible Token (NFT) sector by establishing a new project launched recently upon its network.

The recently launched SuperBullsNFT works on the XDC blockchain network, with all prices of their NFTs to be in XDC. In spite of bringing these NFTs up, the SuperBullsNFT went into selling their first-ever NFT, the ‘Golden Bull’ through bidding.

The SuperBullsNFT officially took to Twitter in the early hours of Christmas day, announcing the winning of the ‘Golden Bull’. According to the tweet, the ‘Golden Bull’, SuperBullsNFT’s first NFT has been sold for a bid of a whopping 444,444 XDC. In other terms, the price of the Golden Bull went for approximately $36K!

As the bid was a huge success, the SuperBullsNFT also awarded the winner with a Tag Heuer watch officially signed by the Belgian-Dutch F1 motorsports superstar Max Verstappen. In addition, the winner also receives a digital photo frame of the Golden Bull too.

Are you ready… the winning bid was for 444,444 $XDC | The lucky winner has won the very first SuperBullsNFT #NFT and also wins the signed Max Verstappen Tag Heuer Watch and digital photo frame of the Golden Bull. Thank you to everyone that entered!

The SuperBullsNFT actually consists of digitally rendered cartoon animated pictures of bull-faced humanoid figures. Also, SuperBullsNFT states that there will be only 1000 unique NFTs ever to be sold on the XinFin XDC blockchain network.

However, SuperBullsNFT terms that this will be their first collection alone and further will be launching their ‘Single Editions’ unique NFTs upon various cross-chains, apart from the XDC.

Moreover, the SuperBullsNFT terms that they find the XDC network the best suited for their needs. They term that the XDC network provides a completely scalable Delegated Proof-of-Stake (XDPoS).