Elon Musk Explains DOGE Edge Over Bitcoin, But Where Is He Wrong? 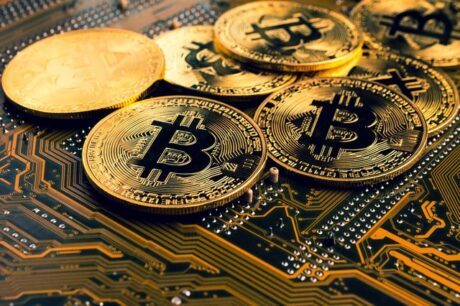 In an interview for the Lex Fridman Podcast, CEO at Tesla Elon Musk talked about Dogecoin (DOGE), Bitcoin, Web 3, smart contracts and more. Musk has been more involved with the crypto space in 2021, but most of his takes have sparked debate and controversy.

When asked about his preferences of DOGE over Bitcoin, Musk claimed that “even though” the former was created as a joke it is superior to BTC on transaction volume, and capability. In his view, the meme coin is also cost-efficient versus the “high price” users need to pay for using the Bitcoin network.

Moreover, the Tesla executive believes Bitcoin has been unable to adapt to current times where “better internet connections” make long synchronization times and “small” block size obsolete. He referred to these Bitcoin attributes as “comic” and added the following addressing one of this cryptocurrency’s main features, its fixed supply:

I think there is some value to having a lineal increase in the amount of currency that is generated (…). If a currency is too deflationary, if a currency is expected to increase its value over time there is reluctant to spend it (…)

Musk’s replies were full of gaps for some users that took the time to demonstrate the counter argument in the Bitcoin versus DOGE debate. Vijay Boyapati, author of “The Bullish Case for Bitcoin”, took to Twitter for this task and to point out the mistake made by the Tesla executive.

Talking about the block size for Dogecoin, Boyapati said that although it is in fact larger than Bitcoin, the latter has “orders of magnitude more transactional throughput” via the second layer solution Lightning Network. Historically, the BTC community has opposed any change to the network’s block size.

This is due to the numbers of issues that could altered the network and even threatened its existence. In that sense, Boyapati said:

Scaling at the blockchain layer is fundamentally flawed as it crucially undermines decentralization and protocol immutability.

What Elon Musk Missed On The Bitcoin v. DOGE Debate

Boyapati referred to Musk’s other reasons to support Dogecoin over Bitcoin. Addressing DOGE’s low transaction cost, Boyapati claims it’s due to the low network usage and not due to a superior design. Something similar happens to Bitcoin network fees.

In times of bullish price action, the Bitcoin network’s fees usually tend to follow the price. The opposite happens in extend periods of downtrend. In fact, the first half of 2021 saw transactions fees of over 50 sats/vB in opposition to todays 11 sat/vB, according to Mempool.space.

BTC Transaction fees for the past 6 months. Source: Mempool Explorer

Boyapati hit the nail on the BTC monetary policy and block size, as he claimed developers would become “central bankers” if they are able to alter these characteristics. Bitcoin has surpassed the $1 trillion in market cap and worldwide adoption because people can verify its immutability, Boyapati added:

BTC trends to the downside in the 4-hour chart. Source: BTCUSD Tradingview