Go With The FED, Why Bitcoin Could Benefit From Interest Rate Hikes In 2022 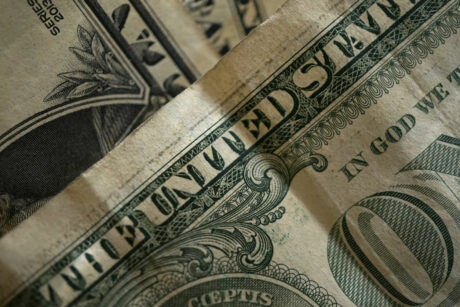 Bitcoin is close of ending its first week of the year in the red, as the crypto market took another blow and sits at critical support. The benchmark crypto records a 7.3% loss in 24 hours, trading at $43,000 after coming back from the lows near $42,000.

BTC on a downtrend in the 4-hour chart. Source: BTCUSD Tradingview

Bitcoin did a wick into its current levels on December 3rd. Therefore, some traders were expecting this are to be fill before the bulls could take another swing at new highs. In the short term, BTC’s price is yet to stabilize and could dipped further into the high $30,000s and $40,000.

The macro-economic situation seems to have acted as a triggered for the current price action, as the U.S. Federal Reserve Jerome Powell made statements regarding the latest CPI metrics and a potential start of tapering. This could prove the only effective solution to prevent more inflation in the country.

According to FOMC minutes @federalreserve is contemplating earlier rate hikes and balance sheet shrinkage. This will be happening into a sharp slowdown in GDP. Two words come to mind: Good luck

Sitting at a 40-year record, inflation could continue to rise which will led to a spike in interest rates and a liquidity reduction in the markets. With a more hawkish FED, this possibility is quickly becoming a reality felt across the global markets as Gold, Bitcoin, and the S&P 500 moved to the downside.

An increase in interest rates could put some pressure on the price of Bitcoin, but Senior Commodity Strategist for Bloomberg Intelligence Mike McGlone believes the benchmark crypto could come on top of the current situation. In a recent report, the expert wrote:

the first born (cryptocurrency) is rapidly transitioning toward becoming the world’s digital reserve asset (…). The “don’t fight the Fed” mantra may already be pressuring the broad crypto market, with companionship from peaking commodities.

In the short term, the $30,000 level that worked as support for Bitcoin in 2021 could still prove solid in 2022, but McGlone believes it’s “unlikely” that BTC will revisit it.

Bitcoin To Outperform Global Market In 2022?

The expects has had a bullish stance for Bitcoin and Ethereum for the past years and maintains his conviction for the coming months. An overall risk-off economic environment could trigger more downside pressure, but the $100,000 price mark remains intact.

This global decline in the markets would be the FED’s biggest ally to fight inflation. However, the benchmark crypto could experience a “win-win situation” as it benefits from less total liquidity as opposed to the stock market which seems “overextend above its 60-month moving average in over two decades”. McGlone added:

Stretched markets have become common, but commodities and Bitcoin appear to be early reversion leaders. It’s a question of bull-market duration, and we see the benchmark crypto coming out ahead.