Cardano’s Ecosystem Explodes, Why ADA Could Be Quick To Resume Bullish Trend 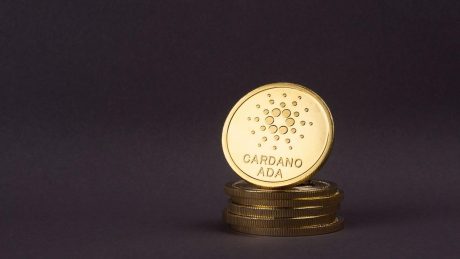 Cardano (ADA) has followed the general trend in the market and records losses across the board. The seventh crypto by market cap trades at $1.22 with a 2.2% and 10% loss in the past 24 hours and 7 days, respectively.

ADA on a downtrend in the 4-hour chart. Source: ADAUSDT Tradingview

However, Cardano continues to be one of the most active ecosystems in the crypto industry. This won it the title for most active project on GitHub in 2021 as developers rushed in to explode its smart contract and interoperable capabilities.

As the Marketing and Communications Director for Input Output Global (IOG) Tim Harrison reported, the Cardano project has over 67 active repositories, with 106 releases, over 38,000 GitHub commitments, and more. Harrison wrote the following giving credit to the community:

(Cardano) is the most active project to date. That’s just core work. With community tools, scripts, APIs & a fast expanding dApp ecosystem, there are 100s more repos out there, steadily filling with code from every corner of the community.

Still, the network has seen backlash from users and critics claiming that it has failed to quickly introduce dApps, and projects capable of leveraging its smart contracts capabilities. Deployed with Hard Fork Combinator (HFC) event “Alonzo”, these capabilities have been lived for over four months.

In that sense, IOG released a list with the projects already building use cases on Cardano which included: decentralized exchanges (DEX), identity, blockchain gaming, an oracle service, and others. The company claimed that developers “have been working restlessly” on these implementations.

Amongst the listed project, the company mentioned Adax, a decentralized exchanged built on Cardano and audited by cibersecurity firm BTC Block. In addition, DripDroz, a platform for token distribution parameters, and Martify, a platform to deploy blockchain solution, made it to the list.

As NewsBTC reported, Cardano has been deploying dApps since the implementation of HFC event Alonzo. In addition to the aforementioned projects, IOG mentioned AnetaBTC, a project to roll-out a synthetic version of Bitcoin (BTC) on this network, and Minswap, a multi-chain DEX.

There were many other projects on the list as the company attempted to demonstrate the level of activity and the number of projects building and already deployed on this network. IOG added the following:

We could go on and this would be a lengthy thread indeed Hopefully this gives you a flavor of all the work going on with projects busy Building On Cardano. Massive thanks to all projects for sharing their news (…).

The growing ecosystem build around this network seems poised to contribute with ADA’s long-term appreciation. In the short term, the cryptocurrency could see further downside if Bitcoin is unable to find support and bounce from its current levels.