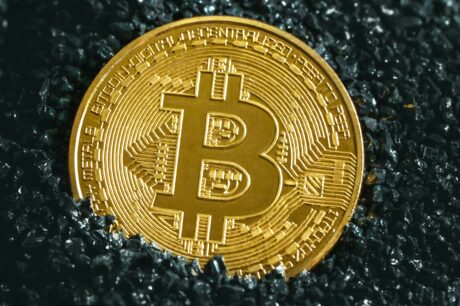 On-chain data shows Bitcoin open interest and estimated leverage ratio metrics have continued to rise recently. This could mean that a short squeeze may be coming soon.

As pointed out by an analyst in a CryptoQuant post, the BTC open interest has shown uptrend over the past month, despite the price of the crypto moving down.

The “open interest” is an indicator that measures the total amount of Bitcoin futures contracts that are currently open in the market.

When the value of the metric moves up, it means more investors are opening long or short contracts on derivative exchanges. This may mean that leverage is going up in the market, and thus such a trend can lead to higher volatility in the price of the crypto.

On the other hand, a decline in the metric suggests holders have started to close their positions. A plunge in the indicator happens when Bitcoin makes a strong price swing, forcing mass liquidations of the contracts.

Such liquidations cascade together and amplify the price move. This event is called a long or short squeeze, depending on which contracts make up the majority.

Now, here is a chart that shows the trend in the Bitcoin open interest over the past year:

The indicator’s value seems to be trending up | Source: CryptoQuant

As you can see in the above graph, the Bitcoin open interest has been going up, despite the price moving down. This is different from the trend around the $69k top as there longs made up the majority and hence the open interest followed the price.

Related Reading | Why Bitcoin Could Frustrate Bulls And Bears In 2022

The higher percentage of futures contracts looks to be short holders this time as the indicator has been moving opposite to the price.

Another metric, the “Estimated leverage ratio,” measures the average amount of leverage that each futures holder is making use of.

This indicator has been making new highs recently, suggesting that short holders are taking a lot of leverage risk right now. The below chart shows this trend.

Leverage in the market moves up | Source: CryptoQuant

Such a large amount of leverage has historically lead to a flush sooner or later. And since this time the derivatives market is dominated by short holders, a short squeeze event could take place.

At the time of writing, Bitcoin’s price floats around $41.6k, down 12% in the past week. Below is a chart that shows the trend in the price of BTC over the last five days.