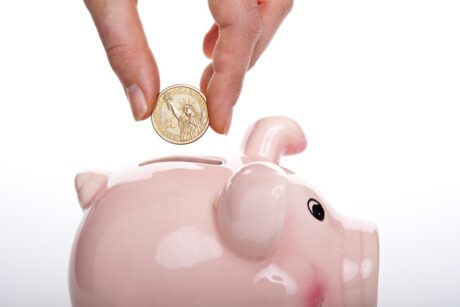 Surprising the world, Fidelity predicts what Bitcoin’s game theory implies. It’s as Satoshi Nakamoto said, “It might make sense just to get some in case it catches on.” That’s the exact same conclusion that Fidelity reaches in its “Research Round-Up: 2021 Trends And Their Potential Future Impact” report. Take into account that Fidelity is a multinational financial services corporation, it doesn’t get more mainstream than this.

I agree with @Fidelity, of course, but still astonishing to read this on Bitcoin adoption game theory in such a mainstream financial report: pic.twitter.com/7zRO9rEele

What did Fidelity say about Bitcoin adoption at the nation-states and central bank level?

They put it very clearly:

“We also think there is very high stakes game theory at play here, whereby if bitcoin adoption increases, the countries that secure some bitcoin today will be better off competitively than their peers. Therefore, even if other countries do not believe in the investment thesis or adoption of bitcoin, they will be forced to acquire some as a form of insurance. In other words, a small cost can be paid today as a hedge compared to a potentially much larger cost years in the future.”

In other words, It might make sense just to get some in case it catches on. And, as Stacy Herbert said, “First mover advantage goes to El Salvador”. At least if we’re talking out in the open, because other countries might be accumulating Bitcoin on the down-low. For example, Venezuela seized a lot of ASICs from private miners. Chances are those are active in a warehouse somewhere. And, of course, there are rumors that the USA is already mining.

Fidelity is one of the biggest asset managers in the world

They see what ID-10ts fail to understand

Game over for fiat, game on for #bitcoin

In any case, what does Fidelity conclude?

“We therefore wouldn’t be surprised to see other sovereign nation states acquire bitcoin in 2022 and perhaps even see a central bank make an acquisition.”

If those players do it in the open, it will probably trigger a race like no other. A race in which it will be too risky not to participate.

Fidelity’s report summarized 2021, it goes through most of the major stories that NewsBTC has covered ad nauseam. The company doesn’t try to figure out why did China ban Bitcoin mining, but it highlights how fast the hashrate recovered.

“The recovery in hash rate this year was truly astounding and one that we think demonstrates several issues that will be important to keep in mind for 2022 and beyond.”

The Fidelity report also highlighted how well the network responded. “This has now been tested and bitcoin’s network performed perfectly.”

BTC price chart for 01/17/2022 on Eightcap | Source: BTC/USD on TradingView.com
What Does Fidelity Say About The Ecosystem In General?

The report wasn’t exclusively about Bitcoin, they also identified the biggest trends in the wide crypto sphere.

“The biggest non-Bitcoin themes put on display this past year included the massive issuance of stablecoins, the maturation of decentralized finance, and the early days of non-fungible tokens.”

And about those trends, Fidelity predicted:

“The growth in interconnectivity between siloed blockchains”

“The dawn of decentralized algorithmic stablecoins has officially begun.” Responding to the “growth in demand for more regulated, centralized stablecoins.”

“While the long-term value of these NFTs is not known, the impact of increased digital property rights for art, music, and content is likely to be meaningful in some form.”

In general, Fidelity thinks that investment in digital assets will keep growing:

However, something has to happen to catalyze widespread institutional adoption. “The key to allowing traditional allocators to continue to pour capital into the digital asset ecosystem revolves around regulatory clarity and accessibility.”

Is 2022 the year of regulatory clarity? What will happen first, institutional adoption of cryptocurrencies or nation-states adoption of Bitcoin? What central bank will earn first-mover advantage? Burning questions for the year ahead.

Featured Image by Damir Spanic on Unsplash | Charts by TradingView