DIG Invests Heavily in the Metaverse 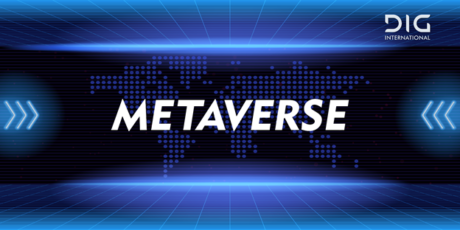 Decentralised Investment Group (DIG) is a Dubai-based company that believes in the power of the blockchain to transform lives. In line with this goal, the company is committed to making impactful investments in the blockchain space, including the GameFi sector. They aim to embrace decentralisation in all possible ways, making it ubiquitous whilst integrating it into every single aspect of the world. Ultimately, this will change the fabric of society.

Just a few years ago, the metaverse was a concept that only existed in science fiction books. However, modern technology, and especially the internet, has made the metaverse possible. Today, there are numerous metaverses where users can visit and interact with others using avatars.

There is clear transformative power of the metaverse. The team behind DIG believes in the impact that blockchain will have in this sector. One way this will happen is via GameFi, which is the use of the blockchain in the gaming world. DIG has created, and owns, a number of DeFi and GameFi products, with their GameFi arm being named after one of them, Blue Monster Games.

Using the blockchain in the gaming world comes with numerous advantages. For one, the play-to-earn (P2E) model allows players to earn money while playing fun and interactive games. Additionally, players can secure real-world ownership of in-game assets. It represents a huge evolution from the current model where in-game tokens have no real-world value. Besides that, centralised control usually means that in-game items can be abolished by the game’s developer at will.

Decentralised Investment Group is already working on numerous titles for the GameFi sector, investing $5 million into them to help do so. They include:

One of the titles that have already launched is Kart Racing League, which is the world’s first NFT kart racing game. The game is now accessible on iOS and Android devices via the Apple Store and Google Play Store respectively

Another title under DIG is Realms of Reality is a blockchain MMORPG (multiplayer online role-playing game). DIG invested $5 million in the game. They also helped the company raise $5.24 million during the pre-sale. They intend to conduct a public sale in Q12022, during which they plan to raise a further $20 million from investors. Development of the game is expected to be complete by Q1 2023. It will be built as an AAA MMORPG game (“Triple A” generally refers to a game that has a high development and marketing budget), on par with titles such as World of Warcraft and Skyrim.

DIG is in the final phase of acquiring the games studio behind Legends of Aria, a popular MMORPG game. Once the acquisition is complete, they intend to convert the game into an NFT P2E title.

DIG is also working on an NFT collection with an upcoming game called “Original Myths.” They are also working on creating a Mortal Kombat-style fighting game for the GameFi world called Bladed Vanguard.

The gaming guild will be set up in the Philippines, which is the largest market for P2E games in the world. Gaming guilds are businesses where you can buy large amounts of NFTs and lend them to others, often called “scholars.” The earnings from the scholars playing P2E games are split between the guild and the scholars.

Commenting on the upcoming guild, Snape said, “I’m extremely proud of the strides we’ve made in the past couple months and I am excited to see Blue Monster Games establish local operations for the guild in Manila.”