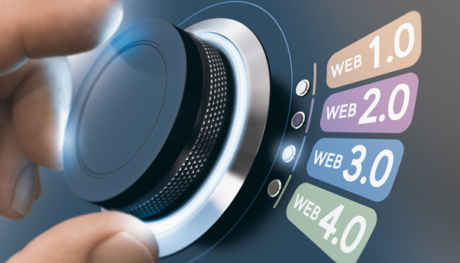 2022 is shaping up to be a big year for big tech. Over recent weeks, Facebook has run into problems after the company’s fourth-quarter earnings call revealed its metaverse aspirations had caused a $10 billion hit to the bottom line. It’s hardly surprising given the lukewarm reception to its sanitized, centralized VR work meetings.

Shareholders will no doubt be worried by the fact that the firm is squaring up to Microsoft, which has spent years dominating in office applications, including its Teams app, and is now intent on launching its own enterprise-capable metaverse features.

However, this approach – to attempt to create a digital metaverse that will somehow upgrade or replace our time spent online is an odd one. Even more so, when you consider the vastly different approach being taken by rivals Google and Amazon. The most recent news from the Google camp is that the firm is hiring a “legion” of blockchain experts to help expand its business in blockchain applications.

Google’s idea seems to be to play alongside the players in the established blockchain space, an approach that has been in evidence in various moves over recent years. In 2019, the firm showcased how developers could use Chainlink oracles to bring its BigQuery data into blockchain smart contracts. The move ended up catapulting Chainlink into the top-ranking crypto projects.

Last year, the firm joined forces with Dapper Labs, the startup behind the hit NBA Top Shots. The collaboration was for Dapper Labs to use Google’s world-beating infrastructure to help scale and support the growth of the Flow blockchain, which Dapper Labs develops.

Google’s approach is similar to Amazon’s. The firm’s AWS infrastructure is widely deployed by node operators on blockchain networks. So much so that one analyst from the crypto investing arm of Andreessen Horowitz recently pointed out that “Amazon is doing more for the metaverse via node hosting than “Meta” or Microsoft will ever accomplish’ [sic].

It’s beyond question that blockchains and blockchain applications are more powerful with the backing of big tech firms. Not only do these firms have vast resources in terms of infrastructure and investment, but they also have unparalleled access to data, which can seriously level up blockchain capabilities.

Consider the afore-mentioned tie-in with Chainlink. Google’s willingness to engage with Chainlink as a middleware oracle provider demonstrated how a smart contract could receive price data from Google’s own BigQuery database. By 2021, DeFi was a booming market, powered in no small part by Chainlink’s decentralized price oracles, and the project now boasts national telecoms firms Swisscom and Deutsche Telekom among its node operating network.

Can other projects capitalize on this kind of success? While there’s currently much hype around metaverse-type projects and NFT drops, it’s more difficult to drum up excitement about infrastructural developments. But Oraichain is leveling up the blockchain oracle game with the introduction of AI. Oraichain provides a comparable service to other oracles, but with a focus on AI APIs and the quality of AI models – a kind of layer one for AI-based services and dApps.

Oraichain, an oracle service is live with its Data Hub feature already operational for AI providers. The Data Hub is a data-focused platform that offers both individuals and businesses a data marketplace, cloud services, data analytics, data request, and labeling service.

As part of Cosmos, Oraichain is already operating in an environment built around the principles of interoperability and cross-chain collaboration. It offers bridging functionality to other blockchains such as Ethereum and BSC. By bringing AI capabilities and data on-chain, Oraichain is available to support a wide variety of AI use cases, including DeFi, manufacturing, healthcare, academia, and more.

Based on the way events are panning out, it seems that we have two divergent scenarios playing out. At the front end, Facebook and Microsoft are going head-to-head against the decentralized Web3 ecosystem in a bid to secure supremacy in the user acquisition wars. However, behind the scenes, Google and Amazon are playing together with node operators and infrastructure developers to create a robust foundation of data and platforms capable of supporting the next generation of the internet.