Expectations Of Aggressive FED Drop, Here’s Why Bitcoin Could Rise To $50K 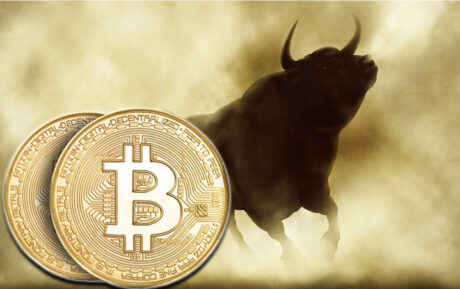 Bitcoin stumbles as it approaches the mid area around its current levels. As reported yesterday, there was a large number of asks orders at $45,000, and $48,000, which could continue to operate as resistance in the short term.

Related Reading | TA: Why Ethereum Could Rally Further Above $3K

Market participants seem to be wondering if the price of Bitcoin will be able to sustain its current momentum. At the moment, the benchmark crypto displays some weakness and trends lower during the day.

Data from Material Indicators suggest potential support for Bitcoin’s price around $43,500. As seen below, there are around $5 million in bid orders at those levels, with $7 million in additional bids orders lower at $41,600, in case of further price action.

BTC’s price (blue line on the chart) with considerable resistance to the upside (red and yellow lines above price). Source: Material Indicators

$45,000 remains major short-term resistance, as mentioned, with over $20 million in asks orders from $44,800 to that level. Even if the price of Bitcoin can break above those levels, there is an extra stack of asks orders at $46,000.

The market could be reacting to the situation between Russia and Ukraine, but more importantly for BTC’s price trajectory, it is the impact of this conflict on a potential interest rate hike from the U.S. Federal Reserve (FED). Per Yahoo Finance, FED Chair Jerome Powell said on a potential monetary shift:

(the FED) remained on track to raise interest rates later this month as the economy remained firm despite ongoing political tensions.

The Market Speaks, How Bitcoin Could React

According to a pseudonym crypto analyst, expectations of a hike in interest rates have turned positive. Thus, why BTC’s price could be experiencing a relief bounce. Based on the target rate probabilities of an increase for rates, the market favors a 25-bps hike.

The analyst believes this could translate into a slow upward trend for Bitcoin:

As NewsBTC has been reporting, there are seemingly two scenarios for Bitcoin and the crypto market going into a possible interest rates hike. In the first scenario, the FED announces an aggressive change to its monetary policy. Director of Global Macro for Fidelity Justin Timmer said on this possibility:

The ongoing inflation news will force the Fed to tighten so many times that it eventually “breaks” something, which will in turn force it to pivot much like it did in 2018 after a 20% sell-off in equities.

Related Reading | TA: Bitcoin Consolidates Below $45K, What Could Trigger A Correction

The second scenario will be more bullish for Bitcoin, and it seems more likely according to the data presented above. In this scenario, the FED takes a more passive stance and allows the market to “tighten” on its own by raising rates with an initial 25 bps this month, topping at 2% in 2023.