How to Get Rich on Play-to-Earn Games 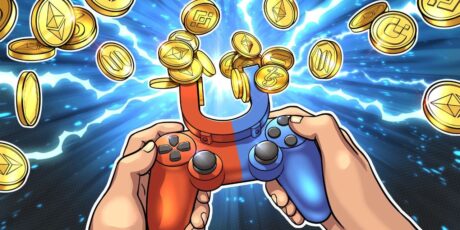 Play-to-earn (P2E) is the talk of the town with plenty of games raising billions of dollars. This new model is changing the whole gaming paradigm. It is already creating waves in the crypto industry, with many projects launching new games daily. Although making money through gaming is not a new notion, it has been taken to a whole new level with the emergence of blockchain and, most importantly, with the recent boom of  NFTs.

The P2E era began with Ethereum since it was the only platform available in the early days. For several years, it was both the most proficient smart contract platform and a big developer and user community, which turned it into the greatest platform for blockchain games’ development. As a result, the community witnessed the birth of play-to-earn games like CryptoKitties and Decentraland, which allowed players to monetize their in-game efforts in a number of ways, such as breeding rare and sought-after CryptoKitties or swapping beautiful parcels of land in Decentraland.

With blockchain technology poised to disrupt this massive business, it is evident that play-to-earn is here to stay. With over 3.2 billion gamers already active in the market, P2E games have an edge in reaching a much larger audience. The P2E sector is now on the verge of widespread acceptance, with gamers embracing this new model as a method of earning money.

Leveling Up Gaming Skills to Earn more in P2E Games

Play-to-earn games are all about strategies and skills, and how players use them to get the most out of any P2E game. Many gamers have excellent skills and are in high demand in the market, but the majority of them have remained in the Web 2 environment, where they earn money mostly through streaming and gaming tournaments. The big change with P2E games is that they reward gamers depending on how they play the game strategically.

Popular games like Axie Infinity give players the opportunity to monetize their skills by playing games and not just by winning tournaments, etc. They reward every move made by the player with their native game tokens that can be converted into real money. These games have flipped the entire traditional gaming business model, from players looking for excellent games to earn to games looking for good gamers.

It is now more necessary than ever to have exceptional gaming skills in the P2E age, where gamers may make a lot of money simply by playing. Although skilled gamers are generating money with games like Axie Infinity and Decentraland, things are getting tougher as games seek new challenges to meet expanding demand in the crypto and NFT industry.

The P2E industry has expanded so much that it is now saturated with hundreds of games that offer a similar type of gameplay and reward model. Given the tremendous amount of fragmentation in the industry, finding play-to-earn games that players want to play has become difficult. In fact, there are gamers out there who spend their time and skills on games that pay them just a few bucks.

However, there are gaming companies eager to hire great players and compensate them decently for their time on the field, while players are looking for the best paying games.

In order to bridge this gap, platforms are working hard to provide a one-stop solution that will guide the relevant gamers to the right games. LUDO is one such platform that, through its application, is connecting the right gamers with the right games. It is developing a multi-chain platform with an emphasis on usability and a creator-centric approach. Ultimately, its goal is to steer players to the games that will give them the best earning opportunities.

P2E Games are Beyond Making Rich

Although P2E games might earn players a lot of money, it is also crucial to highlight that this model is paving the way for innovation. Platforms like LUDO, which are driving innovation in this field by tackling basic challenges, are revolutionary. The P2E model has given birth to new ideas, and putting them to use to solve real-world problems ensures that it is here to stay.