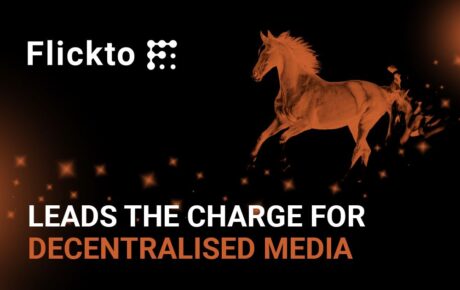 Flicko has launched its ISPO Remastered that offers more rewards for staking. Following the success of its two IDOs, it is now moving to the next phase of the project. The ISPO Remastered is another way for investors to earn more income while supporting their media projects of choice. It will provide delegators with more rewards options than was previously offered.

The first-of-its-kind media incubator announced that ISPO Remastered will empower anybody to be able to generate passive income streams. This will come from films, TV shows, digital media, the written word, as well as non-fungible tokens (NFTs).

Delegators who stake their ADA in the Flicko ISPO Remastered will receive 0.33 FLICK tokens for every ADA in each Epoch. The ISPO has grown quickly and has already seen more than 15 million ADA staked. By delegating their tokens to this pool, users are able to stake their assets to create passive income, but will also be able to be a part of meaningful change in the media industry.

More rewards are up for grabs for both long-term and new delegators including bonus $FLICK tokens, non-fungible tokens (NFTs) and exclusive access to content and behind-the-scenes activities.

Users who earn voting credits by staking their ADA are able to participate in Flicko voting rounds. These voting rounds will include various media projects of various forms which the community has to vote on. The projects that win the voting rounds get funded and head to production. The users who vote for successful projects continue to earn returns from the content they helped fund while allowing the creator to maintain full ownership of their art.

Staying true to its nature of being a pioneer, Flickto has announced the creation of decentralized media (DeMe). DeMe is aimed towards creating open-source platforms that put people in control over their data. These users are able to control what media projects get funded and ultimately consumed by the public.

It will solve the issues created by the current media landscape which include wasted budget, creation of films/media that the audience did not ask for, and letting a few people with a lot of money control the media consumed by the audience.

The ISPO Remastered is the first step in securing a new future of media. It is the marrying of decentralized finance (DeFi) and the media industry to decentralize financing. Additionally, Flickto aims to decentralize the distribution of media projects, basically becoming the decentralized version of YouTube or Netflix.