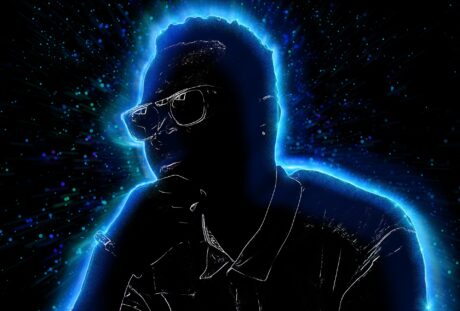 ARPA, a security-oriented and privacy-preserving computation network, partnered with Quantum Music, an online marketplace aimed at the $30 billion Asian influencer economy. Thanks to the partnership, Quantum Music will leverage the Web 3.0 and metaverse trends while bringing mass adoption to ARPA’s platform.

Quantum Music provides an online marketplace that connects influencers with brands. It has grown at an impressive pace thanks to the rapid expansion of an influencer culture on social media networks like TikTok. More than 300 influencers have joined the Quantum ecosystem, which now boasts a 70+ million follower base – eight times higher than at the beginning of 2021. Quantum Music is the platform of choice for Asian influencers who want to increase their visibility and boost their fan base to earn extra income. On the other side, brands can improve their precision marketing efforts by hiring influencers for various campaigns.

The partnership with ARPA comes at a time when Quantum Music plans to go beyond its traditional Asian market and adopt innovative technologies, such as blockchain, metaverse, and non-fungible tokens (NFTs).

“I have a Ph.D. in Physics, and innovation is in our company’s DNA. We want to explore experiments in the Metaverse and NFT space with a strong partner like ARPA.”

Quantum Music is focused mostly on micro-influencers, and many of them find it difficult to leverage innovative technologies to their advantage, as the resources have been unevenly distributed among creators. Zhang explained:

“Web3.0 is likely to change the game for micro-influencers drastically. We want to better help these micro-influencers build and capitalize on their true fans with the power of cutting-edge technologies, such as blockchain.”

How Will ARPA Help Quantum Music?

ARPA provides secure computation capability as an off-chain solution that is compatible with most Layer-1 blockchains. For clients looking to implement Web 3.0 solutions, it offers its verifiable random number generator (RNG) known as Randcast. It represents a verifiable, decentralized, low-cost, high-efficiency random number generator designed to empower the creators of the metaverse.

Randomness is an essential element for providing users with a more trustworthy experience. For example, it helps blockchain and Web 3.0 developers and users to generate digital signatures, public and private keys, and block hashes. Elsewhere, online games rely on randomness to make sure that players have a fair chance at winning. The need for pure randomness becomes even more evident in the metaverse.

“We believe it’ll be a win-win. Quantum Music will set its foot on the Web3.0 wonderland using the best-in-class RNG tool to ensure the fairness of their future tokenized assets. At the same time, Randcast will empower Quantum Music’s global fan base that’ll provide adequate feedback for future iteration from a big sample capacity.”

The partnership with ARPA comes after Quantum Music secured a $1 million investment in a seed round. Now it is conducting a public fundraising campaign on Republic, a blockchain-oriented investment platform that helps startups raise funds from communities and institutional investors. Besides regular investors contributing via Republic, the platform secured funds from big names like Chris Bordeaux, who is managing director of LFG Ventures – a venture capital firm with exposure in SpaceX, Bitcoin, Kraken, and BlockFi, among others.

For Quantum Music, this is also an opportunity to promote its online marketplace to the Republic community, which comprises over 1.5 million investors. As of the beginning of March, Quantum Music raised over $68,000, which exceeds the minimum goal by 270%, suggesting positive feedback from the community.

The Republic community is confident in Quantum Music’s future, especially judging by its current growth rate. The platform had a record year in 2021, with the aggregate number of followers to its affiliated influencers exceeding 70 million at the end of December, while total revenue surged 100% year-on-year.

Zhang said in an interview with Republic:

“The opportunity of the influencer economy is enormous globally, and the pandemic has expedited its growth. With the ongoing Web 3.0 evolution, I expect the influencer economy to continue rapidly expanding. Thus, at Quantum Music, our current priority is to capture a bigger slice of the new pie baked each year instead of getting too bogged down in competition.”

In the future, Quantum Music is ready to deploy fan tokens and NFTs, which will likely accelerate adoption.