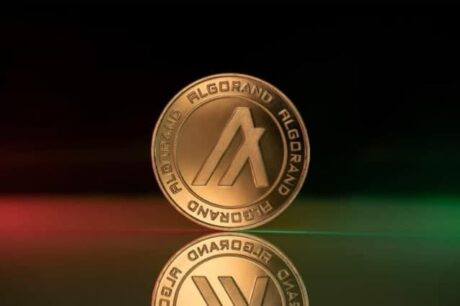 The Algorand (ALGO) blockchain has added over 6 million new accounts to its network since the beginning of 2022.

One reason for the enormous increase in interest in ALGO could be the network’s major technical improvement, which would allow Algorand-based products to run on other blockchains and in low-power contexts like mobile phones and smartwatches.

Algorand also anticipates the development of London Bridge, a trustless bridge that will connect the platform to Ethereum (ETH).

Commenting on the upgrade, Paul Riegle, the Chief Product Officer at Algorand stated:

The power and composability of Algorand’s smart contract platform has transformed in recent months. Developers are building versatile decentralized applications that have and will continue to disrupt a wide variety of industries. With this latest upgrade, Algorand continues its leadership position when it comes to ongoing delivery of highly sophisticated blockchain technology.

It’s also worth noting that the Algorand Foundation hired a new CEO, none other than former JPMorgan executive Staci Warden, only a few days before the award announcement. She brings a wealth of experience from her previous positions at Nasdaq, the US Treasury Department, and the Milken Institute.

Grayscale Investments added Algorand to its list of assets under consideration as one of the 25 new token entries in January 2022. ALGO was one of numerous Layer 1 blockchain coins that were added to the list.

Notably, Algorand had already begun the year on a high note, even before the Grayscale announcement. Anthony Scaramucci, the founder of alternative investment firm SkyBridge Capital, lauded Algorand, projecting its future as “the Google” of blockchain technology.

Related Reading | Bitcoin Steadies Above $45k, US Inflation Comes In At 7.5% Year Over Year

The Algorand price analysis is negative for the day, as the bears have created a means to retaliate after a brief bullish price action. The bearish momentum has been strong enough to reduce the price levels to $0.730.

The bears have been quite successful in the last several hours, since the decline is massive and has had a negative impact on the entire value of cryptocurrencies. However, as seen in the price charts, the most recent advance is in favor of the bears. The next support for the ALGO/USD price function is at $0.703, where traders can expect the price to rise if the support holds.

The 1-day and 4-hours Algorand price analysis reveal that the current trend has been bearish, resulting in a price reduction. The price has dropped to $0.730, which is a very low value when compared to the previous trading session. However, the support level around $0.703 appears to be firm, and there is little chance that the price will fall below it.