MakerDAO Could Replace Governance Token, Will It Provide Enhanced Incentives? 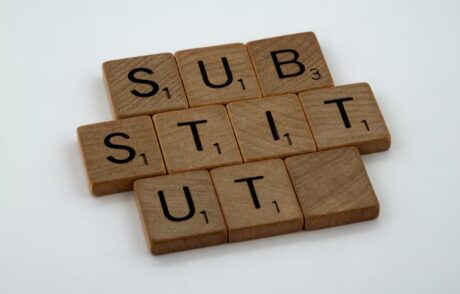 According to a post on the MakerDAO Forum, the financial service protocol could replace its governance token MKR with a new token called stkMKR. The proposal was introduced to address the criticism around MKR’s tokenomics.

Related Reading | Will Ethereum Give In To Bears?

New MKR tokenomics could supplement and improve on previous benefits and incentives. The proposal emphasized that stkMKR will preserve MKR’s current burn mechanism and will allow users to claim their reinvest dividends and other payouts without spending funds on gas while keeping its tax efficiency.

On previous tradeoffs, stkMKR will attempt to attract more attention to the Maker and the MakerDAO by strengthening its narrative. This could potentially impact the price of its new governance token by attracting more users, and by updating some of its key components. The proposal claims:

A new token, stkMKR, will replace MKR as the core governance token of MakerDAO. stkMKR will be non-transferable, and represents MKR staked in governance. Staked tokenholders will receive a share of MKR tokens purchased through surplus auctions, so stkMKR will be backed by an increasing amount of MKR over time (automatically compounding like xSUSHI).

Moreover, the proposal claims the MakerDAO will become more resilient to potential bad actors and malicious proposals and improve incentives for investors. Currently, the protocol provides rewards to users via buybacks and burn returns, but the new proposal will try to create more incentives for those users “providing excess value”.

As the post claims, stkMKR and its mechanism were inspired by the Cosmos governance model, and by the tokenomics around tokens stkAAVE and xSUSHI. The proposal added:

Withdrawing from stkMKR requires waiting through a pre-set unbonding period, which improves protocol resilience and governance security (similar to Cosmos and stkAAVE).

In addition, the proposal contemplates a portion of MKR in the protocol would be diverted from the burning mechanism directly into stkMKR holders, and combine with another pool that would “smooth out yield volatility” and support Maker in difficult times, as seen below.

A lot of protocols have been trying to update and improve their tokenomics and governance model. The DeFi sector has seen a surge in competitive environments. From Solana to Terra, Avalanche, Cosmos, and others, veteran protocols like Maker need to remain competitive.

The proposal seeks to motivate users to participate in the new governance model by improving staking rewards and delegation rates. Also, the proposal seeks to increase the MKR’s value with “concrete APR figures and supply restriction” and increase protection against volatile periods in the market while preventing credit losses.

If approved, the proposal will change the following components of the MakerDAO governance model: migration, which involves voting and contract delegation, conditional delegation, and disaster recovery. The proposal claims:

These changes will reduce the overall buyback yield attributable to all circulating MKR, while offering a new yield source specific to staked MKR. This should increase stkMKR effective yield at the expense of unstaked MKR.

The proposal is currently being discussed by the Maker community and will proceed to more formal voting if it receives positive feedback.

MKR trends to the downside on the daily chart. Source: MKRUSDT Tradingview