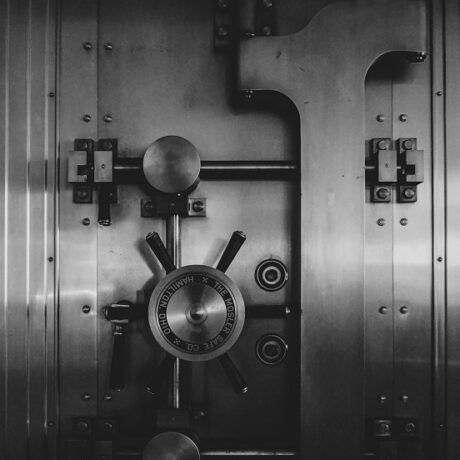 In the Lightning Network, inbound liquidity is a precious resource. The Galoy Research team detected an irregularity, and, trying to fix it stumbled into a whole business model. Their elegant solution transforms a problem into dollars, which is remarkable. This case reads like a detective novel. Let’s dive in.

Related Reading | Lightning Speed: Podcasting 2.0 And Its Relationship With The Lightning Network

In the article “Galoy Research: Self-Balancing Fee Structures for Inbound Liquidity,” the company describes the problem to then lay on us the solution. Galoy are the creators of the Bitcoin Beach Wallet that Bitcoinist described here. The irregularity that the team detected was this one:

“Galoy CEO Nicolas Burtey noticed that the onchain hot wallet was being depleted by a subset of users. These users consistently sent offchain bitcoin to the Bitcoin Beach Wallet only to withdraw it again onchain.”

The company had to “use submarine swaps to replenish our onchain wallet and regain some inbound liquidity.” The thing is, “inbound liquidity is a valuable resource on the Lightning Network. The “liquidity leechers” were using Bitcoin Beach Wallet as a less expensive alternative to a service like Loop from Lightning Labs.”

How Does Loop Manage Outbound And Inbound Liquidity?

The service’s official website describes Loops as “the easiest way to manage inbound and outbound liquidity on the Lightning Network”. The service has two sides. On the one hand, “Loop In enables typical users to “refill” their Lightning wallets when funds are depleted”. On the other, Loop Out is for:

“Merchants, services, and users who primarily receive funds via Lightning, Loop Out serves as a bridge, allowing funds to be sent out of the Lightning Network to “on-chain” destinations like exchange accounts or cold storage systems.”

Instead of trying to catch the people who were “using Bitcoin Beach Wallet as a less expensive alternative to a service like Loop,” Galoy developed a product for them.

Back to the article, the adventure begins. “Nicolas and Galoy data scientist José Rojas Echenique set out to diagnose the issue and try to find an appropriate solution”. The duo “first looked at historical data to get a better sense of the problem”. Surprisingly, they found out that “the price of inbound liquidity is roughly similar, no matter how you get it.”

Here’s where the product appears:

“They then looked for a solution that would charge this roughly similar market rate across the full range of use cases – including those using Bitcoin Beach Wallet as a loop out service. The result is a dynamic fee structure (as described in the report) that charges each user a fair amount based on how they are using the service.”

Instead of excluding “those using Bitcoin Beach Wallet as a loop out service,” the company included them. They put a price tag on the service and kept it pushing. How does the actual report describe this “dynamic fee structure”?

“From the perspective of user experience, this approach trades high fees for simplicity. It does not account for the balancing effects of a user’s previous or future transactions, and therefore over-charges users.”

From a problem to a product in three easy steps. Back to the article, Galoy states their approach’s value proposition:

“By solving the issue with fees, Bitcoin banks and other Lightning services can continue business operations as usual vs. attempting to detect and regulate actors who use their liquidity for looping.”

And, to close it off, the company summarizes the product’s advantages. “The result? An automated solution for Bitcoin banks, a good user experience for end users, and the right fees for all.”

Featured Image by Jason Dent on Unsplash | Charts by TradingView