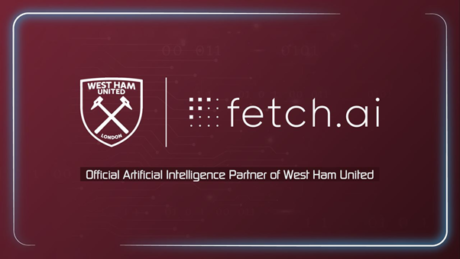 Fetch.ai Brand to be Displayed in West Ham United LEDs

West Ham United’s London Stadium at the Queen Elizabeth Olympic Park has a capacity of 67,000 fans. It is larger than Tottenham Hotspur’s £1 billion stadium. In London, the West Ham United’s mega stadium is only second after Wembley and Twickenham stadiums.

Nathan Thompson, the Commercial Director of West Ham United, said he was delighted with the partnership.

“We are delighted to announce our first Official Artificial Intelligence Partner and welcome Fetch.ai to the Club at an exciting time for the business, and the industry. We’re looking forward to working with Fetch.ai on their smart parking concept, social media platform, and upcoming projects that will provide smart solutions for fans.”

The developers of Fetch.ai are firm believers that smart contracts can, as their name implies, be smart. Fetch.ai integrates artificial intelligence and machine learning for the building and deployment of smart code to deliver enhanced service delivery for users, businesses, and organizations.

Through their secure and decentralized blockchain, Fetch.ai can securely launch their Autonomous Economic Agents (AEA)—representing connected devices, users, or organizations—and act on their behalf on the Fetch.ai network. These agents depend on artificial intelligence and are created as digital citizens.

They are tasked with securely and instantaneously connecting to vast data sources and hardware environments, effectively eliminating the need for aggregators. Therefore, by using artificial intelligence solutions in creative ways, the founder of Fetch.ai, Humayun Sheikh, believes it will power the “future of world-class Premier League football” for fans in the U.K. and worldwide.