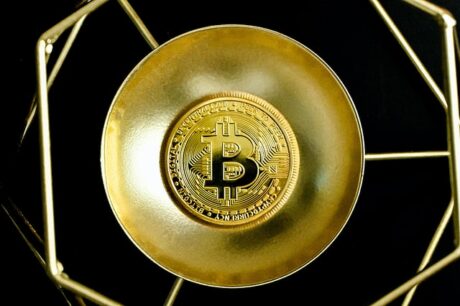 After a rough couple of months, this week started with a strong upward movement from Bitcoin as the coin broke out above the $45,000 level on Monday to $48,215 before fluctuation, thus erasing yearly losses and anticipating a $50,000 target.

Despite the decline over the year, a large amount of the coin was never sold. A scenario that shows how holders strongly believe in the long-term game and remain surprisingly calm over a period of turmoil.

Building Up To A Rally

Senior Analyst Dylan LeClair noted that, as Bitcoin is trading at around $48,000, “there has only been one other time that the percentage of supply that hadn’t moved in over a year was at this level,” which was during September 2020.

On the mentioned date Bitcoin recovered from the dramatic crash of march 2020. The strong bounceback saw a 185% hike in the prices, taking to coin to over $10,000. A high number of committed ‘hodlers’ had also kept their BTC dormant despite the extreme swings in prices during the year.

This was followed by a performance that catapulted Bitcoin’s reputation amongst investors as “digital gold”. It closed the year trading at record highs of close to $30,000, outperforming gold with an increase of 416% over the year.

Brett Munster at Blockforce Capital had also noted last week a near-record highs percentage of the total Bitcoin supply that hasn’t moved in over a year, further pointing out that it is growing at a much faster pace than the last time Bitcoin was at these levels.

“I expect this number to set new all-time highs in coming weeks and months because it’s exactly this cohort that stepped in and aggressively bought in April and May of last year when Bitcoin’s price fell.”

Bitcoin trading at $47,670 in the daily chart | Source: BTCUSD on TradingView.com

Related Reading | Bitcoin Likely To Continue Upward Trajectory, Is $50K Its Next Target?

Illustrated by the following chart, the analyst showed the movement of BTC derivatives throughout 2021 “when the price was trading at this current level.”

What the analyst is pointing out means that excessive speculation and leverage drove the market to these price levels in 2021, and “now its basically nowhere to be seen and bitcoin is rallying.” This could imply that the price is now rising because of demand, not market speculation.

Similarly, in the following chart, LeClair displays annualized perpetual future funding rates on a 24-hour Moving Average, while adding that “Traders were paying ~100% annualized to go long BTC early in 2021. A similar but less severe speculative market arose in the fall. Today? Funding has been flat/negative for most all of 2022.”