Dogecoin Soared After Elon Musk Bought 9.2% Of Twitter, What’s Next? 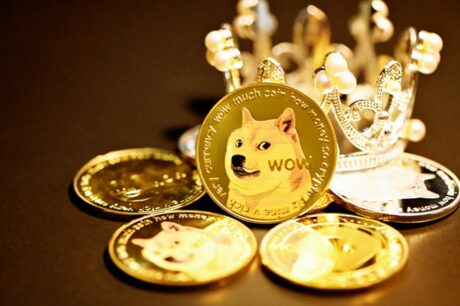 Dogecoin (DOGE) had a boost that took it to an almost two-month high after Elon Musk bought a 9.2% in Twitter (a $2,8 billion stake) according to a Securities and Exchange Commission 13G filing released Monday, thus becoming the company’s largest shareholder.

The large buy by co-founder and CEO of Tesla, Elon Musk, seems to follow a recent Twitter poll made by himself where users expressed disconformity with the platform.

“Free speech is essential to a functioning democracy. Do you believe Twitter rigorously adheres to this principle? The consequences of this poll will be important. Please vote carefully,” Musk’s poll read, and over 70% of users responded ‘No’.

Free speech is essential to a functioning democracy.

Do you believe Twitter rigorously adheres to this principle?

Although he is very popular on the social media network, Musk has been an open critic of Twitter for a while now. He has flirted with the possibility of building his own platform. Now, he owns a stake four times bigger than the shares held by Twitter co-founder Jack Dorsey. Many expect this move to mean that Musk will be pushing a plan to adjust Twitter closer to his beliefs and lead to a buyout.

Dan Ives, an analyst at Wedbush Securities, commented to The Guardian: “We would expect this passive stake as just the start of broader conversations with the Twitter board/management that could ultimately lead to an active stake and a potential more aggressive ownership role of Twitter.”

Musk’s buy was reflected in the company’s shares price with a spike of over 25% in pre-market trading. Twitter added roughly $8 billion in value when it reached its peak, and Musk’s $2,8 billion stake appreciated to over $3,5 billion.

How Does it Affect Dogecoin?

“Given that Twitter serves as the de facto public town square, failing to adhere to free speech principles fundamentally undermines democracy. What should be done? Is a new platform needed?” Musk had tweeted after the poll. To which the creator of Dogecoin responded:

“I think it starts with them clearly articulating their rules – the way they do verification for example seems completely arbitrary, and I feel that many are afraid to tweet what they really think due to risk of being deplatformed if the rules are not clear, it’s a minefield.”

As this buy hints at Musk having a personal interest in turning Twitter’s policy around as he sees fit, it may also read as the CEO acting accordingly to the desires of his followers. And beyond freedom of speech, a lot of Musk’s followers are Dogecoin supporters.

Recently, the CEO tweeted a video about the coin, which was mostly a satire that suggests the price of the meme coin will surge exponentially and surpass all larger coins. But Elon Musk jokes aside, he is a strong supporter of DOGE, and his popular events have become a determining factor for DOGE’s price.

For this reason, users expect that Elon Musk will push the social media platform into taking Dogecoin as a payment option and further integrate the coin. The CEO has already integrated DOGE as a form of payment for Tesla merch, after which it soared in value by 15% to $0.20.

A day before the buy was revealed, a few traders predicted DOGE’s price to climb up to $0.17-$0.18 after it broke local trend resistance with bulls defending the $0.13 zone.

The meme coin could see a significant uptrend in the following days if the bulls manage to fuel above the 200-day SMA price. Recent Musk-related events might jump in as an important factor for a climb up depending on further developments and announcements, and as the meme coin records a high correlation with larger coins, Bitcoin’s price movement will also be important for future action.

Dogecoin (DOGE) trading at $0,1480 in the daily chart | Source: DOGEUSD on TradingView.com