The Last Time This Bitcoin Indicator Turned Bullish It Saw a 65% Hike, Will It Happen Again? 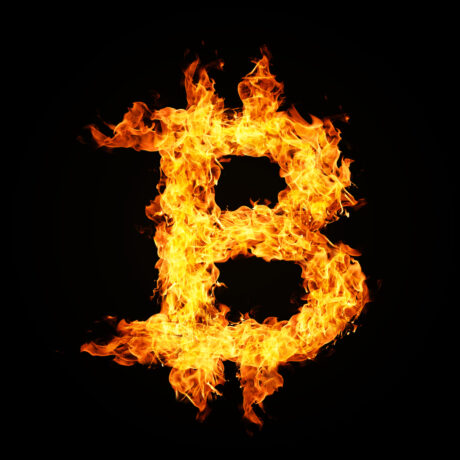 Bitcoin was rejected as it approached the high area around its current levels. The first crypto by market cap could return to previous lows as it continues to trade in a tight range.

The start of the Bitcoin Miami Conference 2022 could provide the bulls with some support. The event is usually filled with positive announcements with a direct impact on BTC’s price.

However, the macro-factors preventing Bitcoin and other risk-on assets to reached new highs seem to be re-gaining relevance. The U.S. Federal Reserve (FED) began its tapering process within expectations but could turn more aggressive as inflation persist.

In the short term, Bitcoin must hold above $44,000 in the daily to prevent further losses. Data from Material Indicators records little support for BTC’s price until around $42,000. Therefore, any short-term selling pressure could take BTC to revisit the low of its current levels.

In the long term, Senior Commodity Strategist for Bloomberg Intelligence Mike McGlone said the benchmark crypto flashed a buying signal in its BI trend signal. Used to measure momentum in the market, the analyst said this is the first time since late 2021 that BTC turns bullish.

As seen below, the signal has proceeded with major rallies over the past 7 years. McGlone added the following on the potential for BTC to reclaim higher levels:

In the past seven years there have been 30 signals, with a relatively high 66% of them notionally profitable. Though macro factors remain unfavorable, and the broader pattern is still a large range of $30,000-$70,000, the current rally may have legs similar to the signal of August 2021, which preceded a rally of 65%.

Source: Bloomberg Intelligence
A Strong Dollar Could Play Against Bitcoin

The rally in the U.S. dollar seems to be fueling the current downside price action. Probably related to the conflict between Russia and Ukraine and rising inflation in the United States.

As seen below, the U.S. dollar has been on an uptrend for almost a year. In May 2021, the currency touched its yearly low near the 89 marked and has been signaling more appreciation as uncertainty in global markets increases and investors look to protect their wealth.

DXY Index on an uptrend on the 4-hour chart. Source: DXY Tradingview

Related Reading | Will Crypto Hit a Ceiling? Crypto Companies Aim to Prevent It

FTX Access recommended traders to monitor the FED balance sheet. This could provide more clues into the institution’s approach to the inflation issue and the aggressiveness of their monetary policy. FTX Access said:

It’s possible that this meeting was too soon to get a QT plan agreed, but given how far they are falling behind inflation it seems quite likely that we do FOMC officials have guided us that the balance sheet unwind will be faster than last time (which started at $10b/month).