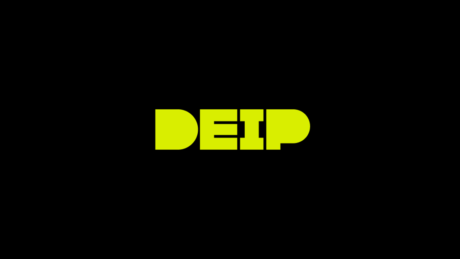 DEIP is a tech company that creates Web3 protocols, tools, and applications for the creator economy. As a producer of knowledge-based assets, creative industries will become the major drivers of economic growth in the world. DEIP is on a mission to facilitate the global market shift from a “value capture” economy to a “value creation” by creating a new set of rules which democratize access to resources for creators and unlock the full potential of creators around the world.

Founded in 2018 by Alex Shkor, Alexey Kulik, and Yahor Tsaryk, the DEIP’s leading goal is to provide an environment for helping creators and innovators from various popular fields to monetize their work and collaborate with others.

DEIP provides an environment for creators, which enables them to earn a fairer share for their work. It does so by facilitating the transition to Web3 via the DEIP protocol; shifting the storage of digital content from centralized entities (publishers) to decentralized platforms where creators retain greater control and ownership of their work. DEIP brings together creators and economic players worldwide to a decentralized platform where all involved participants can find the necessary tools to create businesses and control their ownerships and monetization approaches.

In order to increase its operational power, applicability and visibility to the worldwide creators’ communities, DEIP recently established interchain interoperability by cooperating with NEAR Protocol and Octopus Network. DEIP will launch its mainnet on April 12, 2022, as an appchain on Octopus Network on NEAR Protocol.

With DEIP, creators are able to tokenize any intellectual asset and then fractionalize the resulting NFT into F-NFTs. The process of fractionalization boosts liquidity of the asset issued an NFT token on DEIP Protocol.

Since tokenizing intellectual work as fractional NFTs (F-NFTs) allows creators to sell complete works in proportionate shares, ownership of the material is available to a broader audience. As such, the value of any NFT can be broken into a specified number of fractional tokens and offered at the market for selling or trading. NFTs can be split into an unlimited number of fractions, offering the ownership of the asset to a large number of people. That way, an underlying digital asset can be governed by a group of users interested in the specific work.

Moreover, DEIP’s interoperability feature allows creators to take an asset out of the DEIP environment and move it to other protocols and markets within Octopus and NEAR ecosystems. Interoperability will enable different chains to utilize NFTs from other platforms and recognize their actual value. Each use case complements other use cases, raising asset liquidity and product value to bring additional benefits to content creators.

Previously, every creator who wanted to be a part of the NFT world had to choose an independent ecosystem to create NFTs, promote them and sell published works. The target group of consumers the creator could reach was narrow and limited according to the platform’s popularity and public visibility.

DEIP has been funded by Venture Capitalists and key business angels since 2018 with investments totaling $4,300,000 at an approximate valuation of $40M.

In addition, the project is supported by business angels:

Amongst its key advisors, DEIP counts:

Although the project has been active since 2018, its first public fundraise will take place soon, with the deposit period beginning Apr 15, 2022, on Skyward Finance. All the participants will receive an Octopus airdrop as a bonus for taking part.